When does an act of vandalism become a bit of interesting history? This piece of minor vandalism was carried out at a property owned by the perpetrator’s family. And it is minor, being initials and dates carved into a tree.

The person who committed his initials to history was James Frank Welch, otherwise known as Jack. He carved his initials into a beech tree at Beech House in 1901. Of course it would have been good to have a 1901 photo so that changes could be seen. In fact we have one photo which was taken just before the tree was felled in 1965 (We have had pictures of the felling on this blog. Click here.) 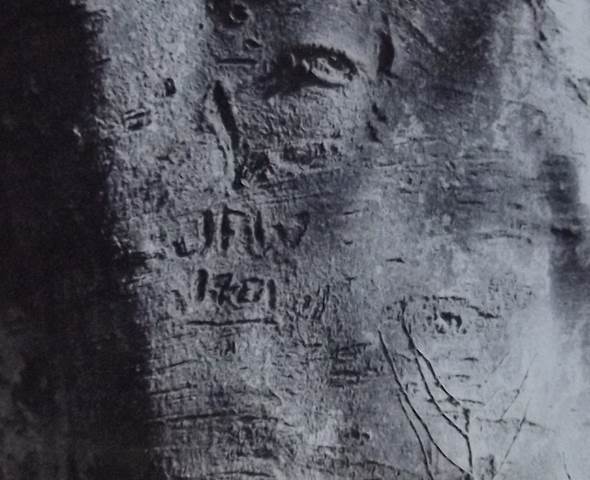 This reasonably clearly says JFW 1901. That means this engraving was 64 years old at the time.

The photographer chose the best time of day for this photo with the sun casting deep, dark shadows within the engraving.

Jack didn’t see his handiwork chopped down for he had died the previous year.