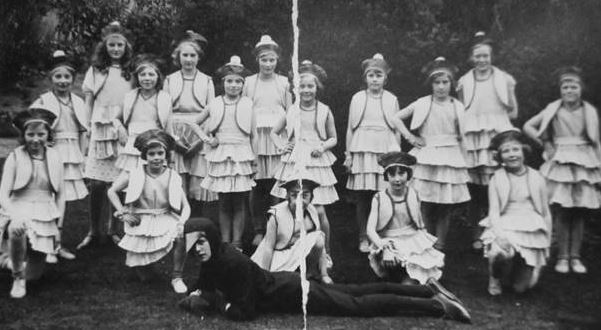 A 1930s Play in Market Lavington

At Market Lavington Museum, we have this rather battered photograph, believed to be of a play performed in the village in the 1930s. We do not know who the actors are or what the play was about, but it seems to feature a blackbird, lying in the front of the group.

The Twelve Days of Christmas song names the gift for the fourth day as either four calling birds or four colly birds. Colly birds are believed to be an old West Country term for blackbirds, with the word colly meaning coal coloured. It could be related to collier, meaning a coal miner.

Do let us know if you have any information about this picture.