Market Lavington Museum, only accepts gifts when it comes to new acquisitions. However, there are several local benefactors who are willing to buy some items and then give them to the museum. None of them are rich people – they just want the best for the museum. They are willing to pay a pound or two for an item that would be of interest.

In past times, a chief benefactor was Peggy Gye and one of the items she bought was a vacuum cleaner. It’s a pre-war Hoover Junior upright cleaner. 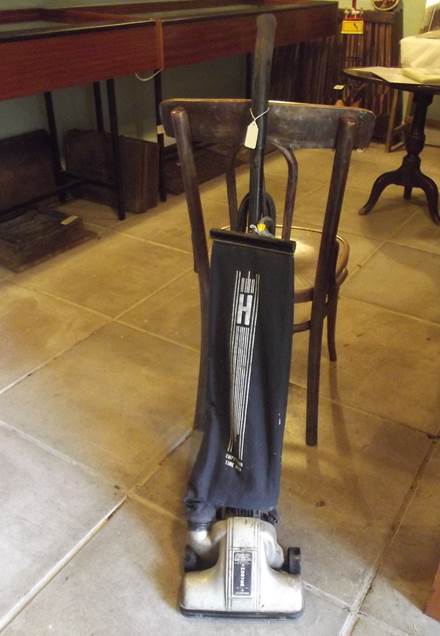 There it is. It’s leaning against a chair because the clip that holds the handle upright doesn’t work. This cleaner dates from around 1937 which means it will be 80 in three years’ time. It was in use, in Market Lavington until some 35 years ago and had been fitted with the more modern square pin 13 amp style plug. Then, in the early 80s it was offered for sale at a charity auction for a local school. Peggy bought it and paid the princely sum of 10p for it. It became a museum item when we opened back in 1985. 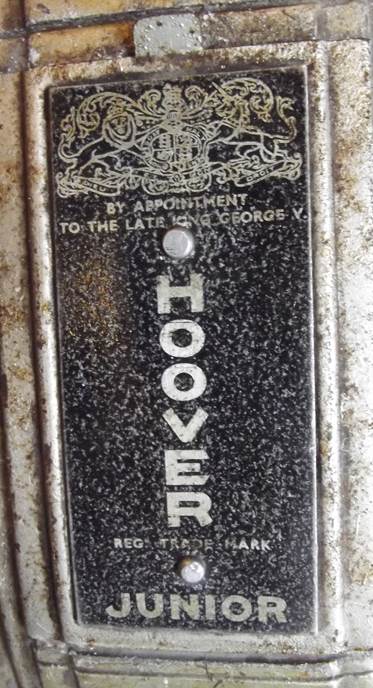 The rather pitted maker’s plate gives a good clue to date by being ‘by appointment to the late King George V. He died in 1936. 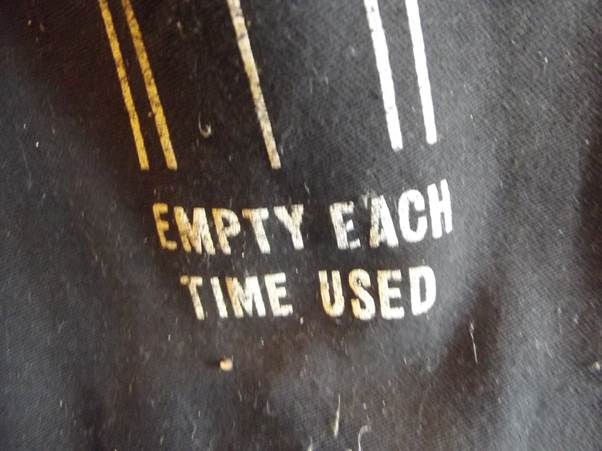 The dustbag (no paper ones in those days – let alone cyclonic collection) had to be emptied after each usage.

Now we bet there’s an army of people saying, ‘I used to use one of them!’