Before 1948 there was no National Health Service in Britain. Some folks could afford the doctor. Others relied on charity. Perhaps people recognised the problems this caused before the politicians. Certainly, by the 1920s, Market Lavington and Easterton held a hospital week which raised money to provide some medical care for those who would not, otherwise, be able to receive such help. If raising funds was the main aim of the week, then another aim, that of having a really good time, followed closely behind. And part of that was the carnival procession.

Today we look at a group of people who, our caption says, are waiting in the recreation ground, possibly for judging. 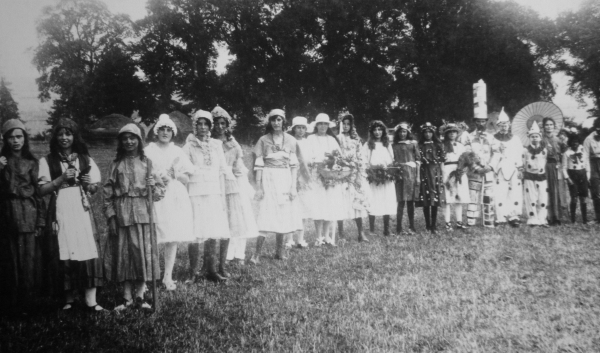 1920s carnival entrants at the Recreation Ground in Market Lavington

The recreation ground appears to be a hay field as well for two stacks can be seen behind the girls near the left end of the photo. But we, at the museum, are not sure which recreation ground this is. It won’t be what we now call The Elisha Field, up Drove Lane. That was not used 90 years ago. Neither would it be the football field – The Davis Field – at the top of Northbrook for that, too, is a post World War II creation.

In the past, the field behind what is now Shires Close was known as ‘The Rec’. This could be there but there was also the former cricket ground which is now occupied in part by Lavington School and in part by Dauntsey’s School.

Sadly we have no names for the people in this picture, some of whom seem to be wearing a lot of face paint which may make it that bit harder to recognise them. But if you do happen to recognise anybody then please get in touch with Rog to let him know. Here’s a close up on some of then girls. It may help. 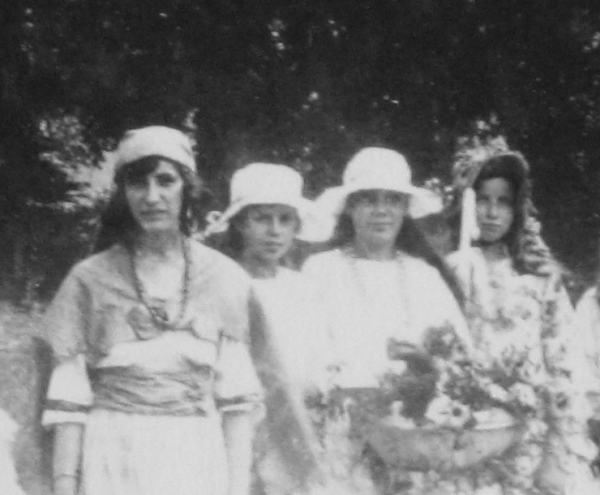 Close up on some of the girls

Otherwise, just enjoy the sight of so many locals enjoying a bit of dressing up.