Carnivals were once of huge importance in Market Lavington and Easterton – the two villages worked as one for these events. We are looking back to a time with no mass entertainment, delivered through the airwaves to each home. Carnivals provided fun. We are also looking to a time before the National Health Service. Carnivals, as part of the Hospital Week, provided some funding for very limited health care for the large numbers of folk who could not otherwise afford doctors’ fees.

We have featured many images from carnivals before on these pages – but today we bring you another. 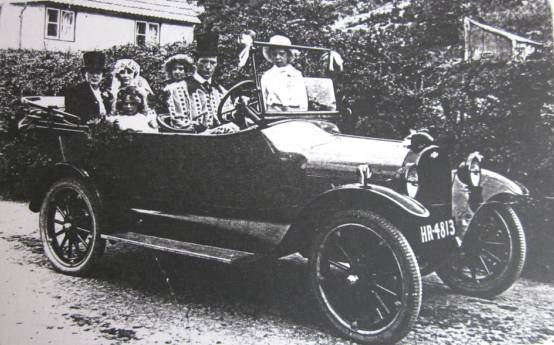 Here we have a scene from the late 1920s, which features a vintage car. The picture was taken on Easterton High Street. Easterton was always the starting point for the carnival procession. The car and passengers would soon be wending their way to Market Lavington along a route thronged with watchers.

The people, of course, are in carnival costume. 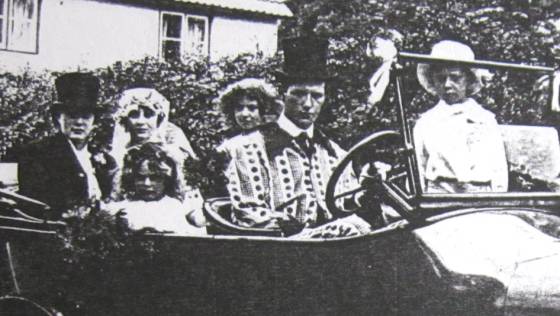 George Davis is at the wheel of rhe car. This photo can be found at Market Lavington Museum

The person we have named is the driver – Mr George Davis.

As far as we know, George was born around 1899 in the Kings Cross area of London. His father, Nathaniel, was Wiltshire born (Lavington, we think) and his mother, Sarah, came from Tilshead. Nathaniel was a porter on the railway in 1901 – possibly at Kings Cross Station although it could have been at many another train stop.

We would, of course, like to know more about this branch of the Davis family. Do get in touch if you can help.