If anyone wonders if we have mis-typed the title of this blog then no, we haven’t. This post is about an item which locals call a boitle.  Just as a matter of interest, we have also heard them called bittles by people who come from Rowde, just the other side of Devizes. If you want to find them in a dictionary then you’ll have to use the accepted spelling and name of beetle. In the dictionary, amongst the meanings of beetle we find that it is a large mallet with a wooden head. That is what we are looking at today.

Our ‘boitle’ belonged to the Smith family. The Smiths were famed pond diggers who were able to make the permeable chalk downs waterproof so that ponds could be constructed, suitable for animals to drink from. The wealth of the chalk depended on sheep and, without the so called dewpond, the sheep could not have survived.

In fact we have only the head of the Smith boitle. 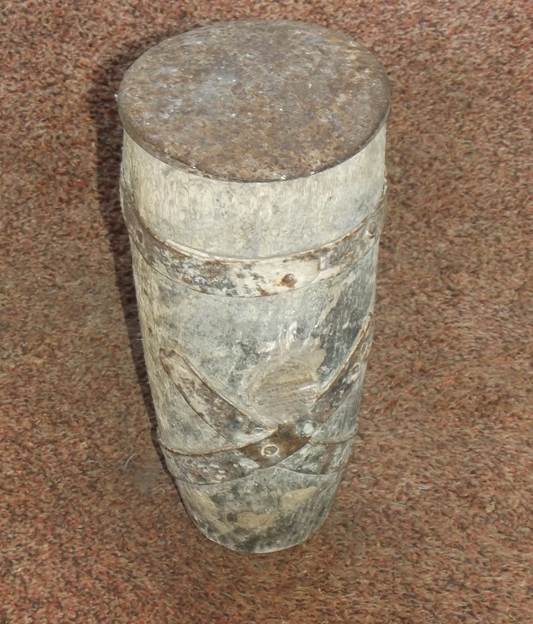 This mallet head is some 30 cm long and is made of wood. It has iron banding for added strength and an iron plate over the business end. We can see what is left of the handle. Sorry! We don’t know how it was fitted.

Ben Hayward of Easterton wrote about pond making (according to Ned) in 1829.

We only have Ben’s book in digital format, but this piece of writing, transcribed, appears as part of our pond digging display. 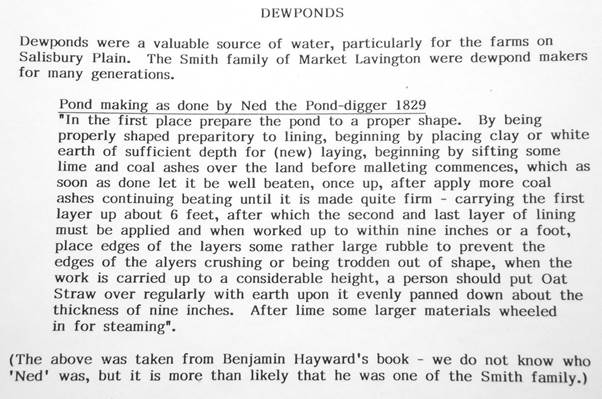 So, the boitle was used to beat the material used down to make a waterproof layer. Ned would not have used the boitle we have for we believe it dates from towards the end of the nineteenth century.