This item was recently given to the museum. The owner had already had research done on it and I include a copy of the researcher’s thoughts. 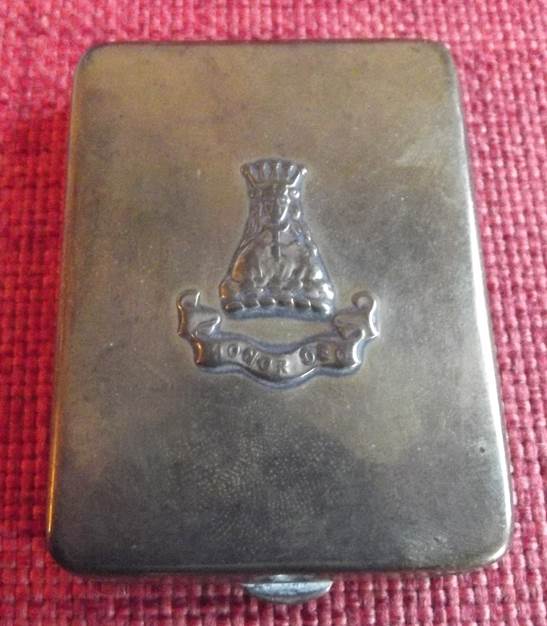 The tin is just the right size to hold and protect those compressed paper matches that used to be (and may still be) given away at hotels and the like. It opens and in this case reveals one remaining match. 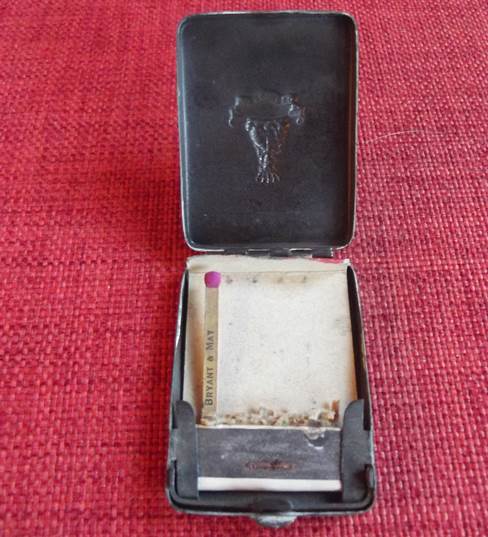 This brass book match holder is stamped with the Dauntsey School crest.

It belonged to James Welch who was Steward of Dauntsey’s Agricultural School, the original name for the school. James Welch lived in Market Lavington.

The principle of ignition by rubbing phosphorus and sulphur together was discovered in 1680 by Robert Boyle. The chemical reaction was extremely hazardous and it was not until 1827 that John Walker, another English pharmacist, used the principal to produce the first matches; yard long “sulphuretted peroxide strikables.”

Small phosphorus matches were first marketed in Germany in 1832, but they were still extremely hazardous. In 1845, amorphous or red phosphorus was invented and in 1855 Carl Lundstrom in Sweden produced the first red phosphorus “safety matches”. These were  sold in boxes as ‘kitchen matches’.

Smoking in public become more popular during the second half of the 19th Century and wooden matches in large boxes did not fit easily into pockets. Joshua Pusey, a cigar smoking Pennsylvanian lawyer, developed and patented a paper based match in 1889. The idea did not take off until 1897 when the Mendelsohn Opera Company used books of paper matches to advertise their New York opening. Book matches became all the rage and because of their delicate nature book match holders quickly followed. As with all such small personal items the holders were often decorated. The Dauntsey School book match holder therefore dates from the early part of the 20thCentury and possibly because of it dull gun-metal manufacture, from around the time of the Great War, 1914-1918.

What a lovely addition to the museum collection.