A bottle dug up in Easterton

Last year we were given a lovely collection of bottles which were dug up in Easterton. They were found by a lass called Judith and like many of us, she decided they were too lovely to throw away. But now they are in the museum where, apart from the local provenance of being used, discarded and then found in Easterton, they add a little character. This year we will have a display about Pubs so some bottles might find a home there, but for this blog we are looking at what would have been a common medicine bottle. 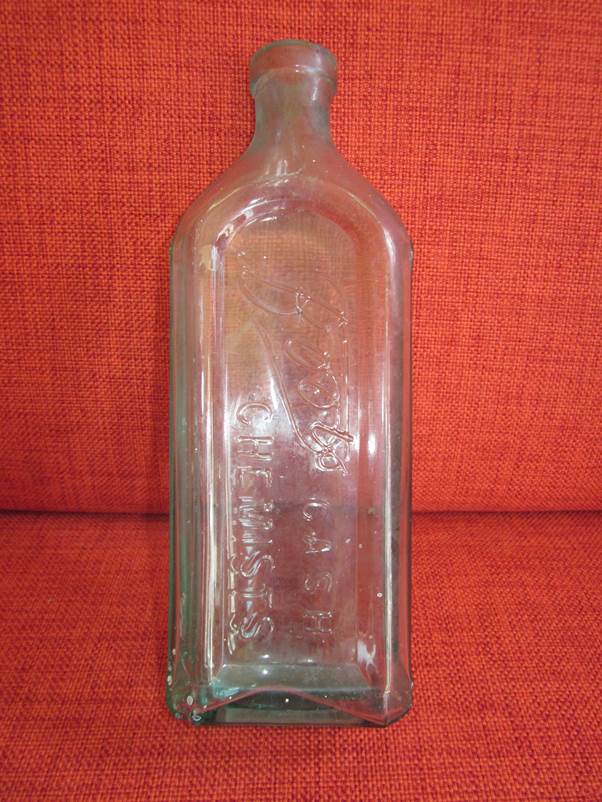 This is a clear glass bottle with a slightly greenish hue. It would have had a cork stopper of some kind. Turning it round makes it easier to read the embossed writing.

Boots were and still are a national chain with headquarters, until recently in Nottingham. But all towns of any size had a shop where it was possible to buy proprietary medicines over the counter. As far as we are aware the Lavingtons never had a Boots store but Devizes did. For many a year it was quite a small shop on the corner now occupied by the Santander building. Many folks still refer to that corner as Boots Corner. Maybe our bottle was sold there.

We can’t date the bottle. Maybe someone with more expertise could.