A Brick from Devizes

Market Lavington had its own brickworks but that didn’t mean bricks weren’t imported from elsewhere. At the museum we have several bricks made outside the parish. This one is stamped with the name of Mullings of Devizes. 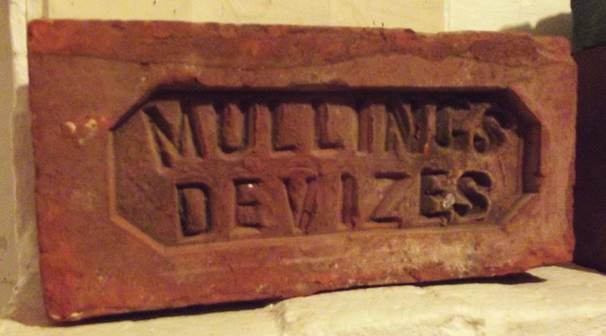 We know that in the latter part of the nineteenth century a Richard Mullings owned the Caen Hill brickworks in Devizes. We believe the deposit of suitable clay had been identified when the Kennet and Avon Canal was dug – and very useful it proved to the canal company. Some two million bricks were supplied, from this brickworks to line Bruce Tunnel. That’s a colossal number. If the works was able to turn out one brick every second, continuously, you’d be in the 24th day before getting two million bricks.

Now Mullings from Devizes moved out to Market Lavington, and before that Easterton. These were basket makers, involved in a slow, gentle country craft. But we do wonder if our Mullings family had anything to do with Richard the brickmaker of Devizes.

Maybe somebody out there could let us know.

Meanwhile, we can enjoy this brick, with its neatly made octagonal frog with a flat bottom.