A bugle with a past

An item you’ll find in our ‘war cabinet’ at Market Lavington Museum is a rather battered old bugle. It’s a bugle with a lot of history attached to it. 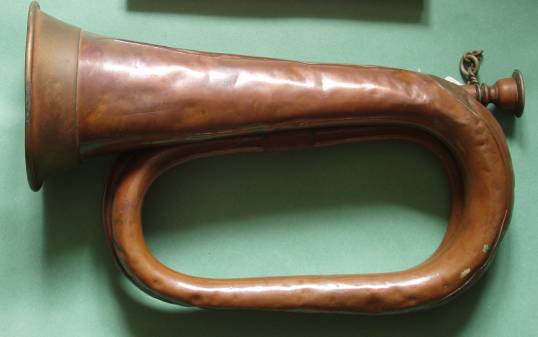 A bugle with history can be seen at Market Lavington Museum

This bugle first saw the light of day in 1884. It was made by Henry Potter and Co of Charing Cross, London. Henry Potter’s company was already long established in the production of instruments used by the military. In fact Henry himself had died some years before our bugle was made.

It’s first known use was in service with the Market Lavington and Easterton Loyal Volunteers. These worthy men were willing to drop everything of their normal life and fight to protect our country if invaders should arrive. They met and practised regularly and we have seen them more than once on this blog. It is possible that this 1890 photo of the volunteers shows this very bugle. 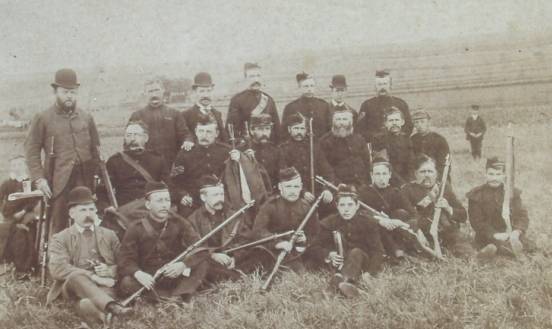 Amongst the men on the rifle range up on Salisbury Plain, we see a lad, at the front, with a bugle. 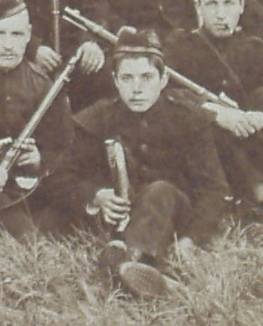 The bugler with the volunteers. Could this be the Market Lavington Museum bugle?

There’s not much detail so be seen on the bugle, but it could be the one we still have in Market Lavington Museum.

It stayed in military use, becoming the bugle of the 4th Wilts Territorials. The bugler was a man called William Drury. Our knowledge of the early days of William is a bit hazy. He may have been born in Devizes in about 1887. He probably married Constance E Durnford in 1911 – after the 1911 census was taken. We know that the couple had four children between 1912 and 1923, one of whom was Thomas Edward (Ted) Drury. We know the family lived on White Street, Market Lavington in 1926.

The bugle passed down the Drury family to Ted and we know it was regularly in use at Market Lavington and Easterton carnivals.

Ted died in 1983 (He’s buried in the graveyard at St Mary’s, Market Lavington.) No doubt, when our museum opened, in 1985, his widow thought the bugle would make a good exhibit – and so it did then and still does to this day. Pictures of it have been used in various talks in Market Lavington and Easterton. Maybe, in the future, we could get somebody to play it in public.