Recent items to arrive at the museum have included items, trivial in their day, which somebody had the foresight to save or rescue. There was the paper bag from the bakery of Mr Sheppard in Easterton and an old jam jar from the jam factory. Now we bring you a bus ticket, given to us earlier this month.

It is between 80 and 100 years old, we think. What a survivor for an item of no further use after the journey has been made. 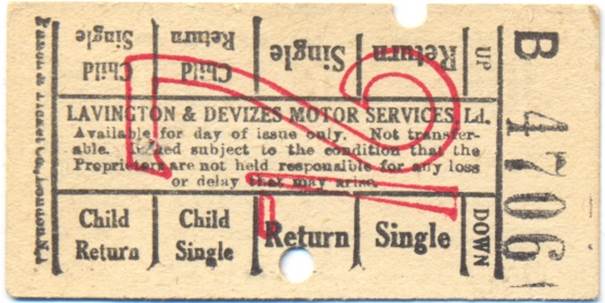 We can see it is a return ticket and the conductor (or clippie) has punched holes to indicate it was used on the up and down journeys. We do not know what route it was used on but a two shilling fare (that’s what the big red number 2 says) indicate a longer route. Apparently the fare from Market Lavington to Bath was half a crown – two shillings and six pence.

Some of the cost of printing tickets has been paid for by an advert on the back. As we are Market Lavington Museum we’d have loved it to have been for a Market Lavington Company. It isn’t. It is for a Devizes clothier. 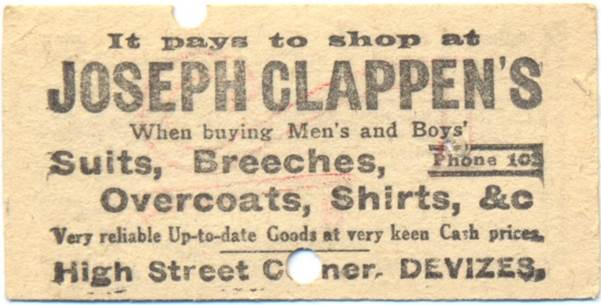 Joseph Clappen was certainly in business in 1911. There’ll be somebody, surely, who can tell us when he got his phone (number 103) which may help us date the ticket with more accuracy.

Yet another fabulous little item has arrived at the museum. Our thanks to Jim for acquiring this one for us.