We are less than a month away from 2014 – the year when we mark the centenary of the start of the First World War – the war to end all wars which would be all over by Christmas. Perhaps our political masters of the day never said which Christmas because it was over by Christmas 1918 – just four years late – and many men continued to die from injuries and illness after that date.

And, of course, the men who took part on our side were not just British. Soldiers from the old Empire fought as well and for many of them, an early taste of Europe was Market Lavington and the wild, wet lands of Salisbury Plain.

It is no surprise that we have odd bits of memorabilia, at Market Lavington Museum that belonged to soldiers from overseas. Today we look at a Canadian Dragoon cap badge. 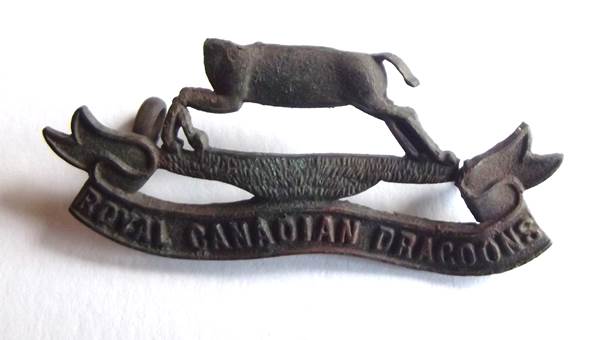 This is clearly incomplete – the animal has lost its head. The other day our curator (who is not a military expert) discussed with a museum colleague just what animal it was. Was it a bull, or was it a horse, they mused. And they were both wrong. Military badge traders at http://www.britishmilitarybadges.co.uk/ have a badge for sale and they gave permission for us to use their picture of a complete badge on this blog. 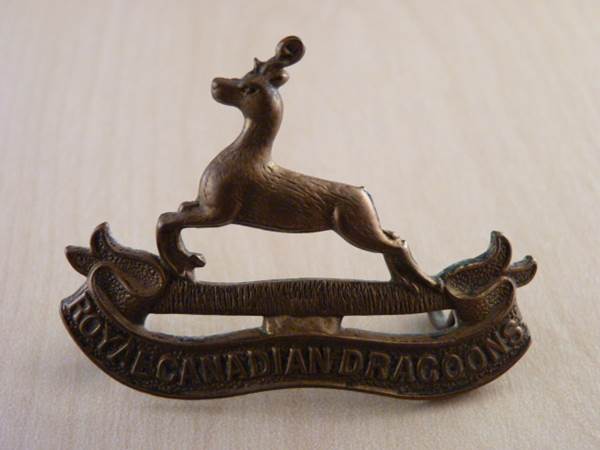 This is actually a springbok – the animal we associate with South Africa. The Canadians wear this because of service in South Africa during the Boer War.

Our badge was dug up in the garden of Primrose House on White Street in Market Lavington – home of the Gye family. Perhaps the badge belonged to Edward Bliss Taylor, a Canadian serviceman who married Mrs Gye’s sister in 1919.

Alternatively, a Canadian called Harry Ryder stayed with the Gyes at Christmas 1916. And, of course, there were many other Canadians in the area.

Any further information about Canadian or other overseas servicemen who visited Market Lavington would be very much appreciated.