A car from the past

There’ll be plenty of people who wish they owned this car now! 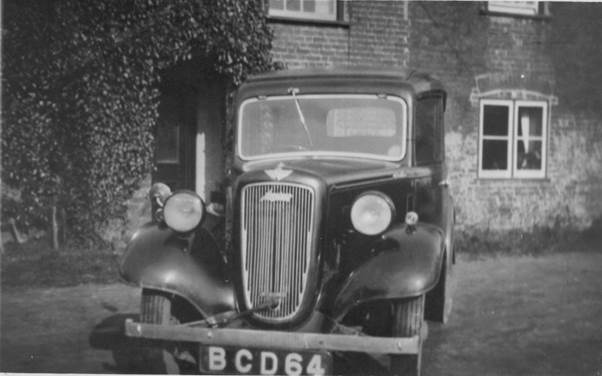 This is an Austin Seven, once one of the commonest cars on the roads of Britain. It probably dates from around the mid-1930s and would have been approaching twenty years old when this photo was taken. The car belonged to Betty Gye when she was learning to drive. Betty lived with her parents at Homestead Farm on Drove Lane and that’s where the photo was taken.

We can note that the crank handle, used to start the engine is in place. We can also see that there was just the one windscreen wiper on the driver’s side. A pair of hinges at the top of the window tell us that the windscreen could be opened to allow a free flow of refreshing air through the car. We think this car has a non-original extra in the shape of a wing mirror.

We know the car was first registered in Brighton.

We also know that by the time Betty took her test, her dad decided that this car was unfit. As we understand it there was a lack of some basics, such as brakes that were truly effective. So dad got rid of this one and purchased a much newer car for his lucky daughter.

If the car still existed in 1960 then the advent of the MOT tests (which then only applied to cars over ten years old) would almost certainly have seen this car making its one way journey to the scrap heap.