A car from the past 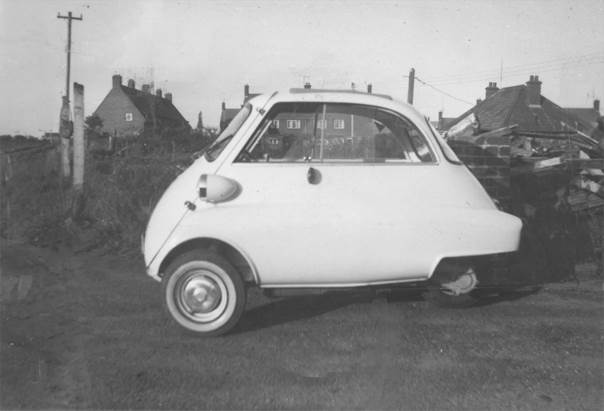 A bubble car at Northbrook in the 1950s

This wonderful bubble car is parked up at the top of Northbrook. The houses in the background are on Northbrook Close.

The car is a little three wheeler – an Isetta. Because of shape and size they became known as bubble cars. They were an Italian design but in the UK were manufactured under licence – at one time in Brighton.

The first cars appeared in Italy in 1952. Cars of this type gained favour in Britain due to some quirky British ruling which could have the car registered, officially, as a motorbike. It could then be driven with a motorbike driving license and pay the road fund for a motorbike. Yet it could carry two people and their luggage.

We believe manufacture ceased in this country in 1962.

Our photo dates from the mid 1950s. The photo was given to us by the man who owned the car. He drives a more conventional car these days but still rides a motorbike from time to time.