A Card for Canadian Soldiers

During World War One there were many Canadian soldiers billeted in Market Lavington. Indeed we still have a Canada Woods and a modern street called Canada Rise which remember the time when the Canadians came to the area. 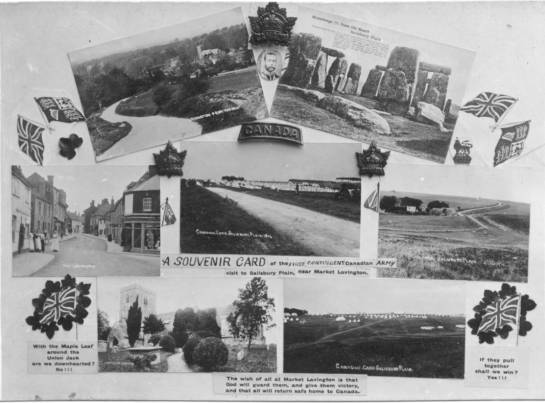 The card showed scenes in and around Market Lavington and Easterton – as far afield as Stonehenge, which is one of those, places that people around the world have heard of and is only a few miles from our parish. 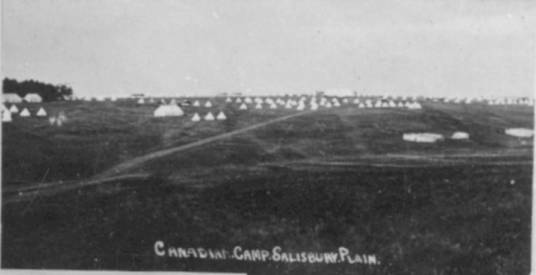 Close up of a Canadian Camp

Around the card there are various messages lauding the efforts and abilities of our Canadian friends and allies.

A message on the card

Support from the people of Market Lavington

The Maple Leaf and the Union Jack

We suspect there were many times when British and Canadian troops were downhearted, but the win did come, eventually and owed much to Canadian soldiers.