A card from Jack to Floss

We have seen the picture on the front of this card before. It shows a scene on the ‘lane’ leading to Littleton Mill with a delightful rustic bridge crossing it. 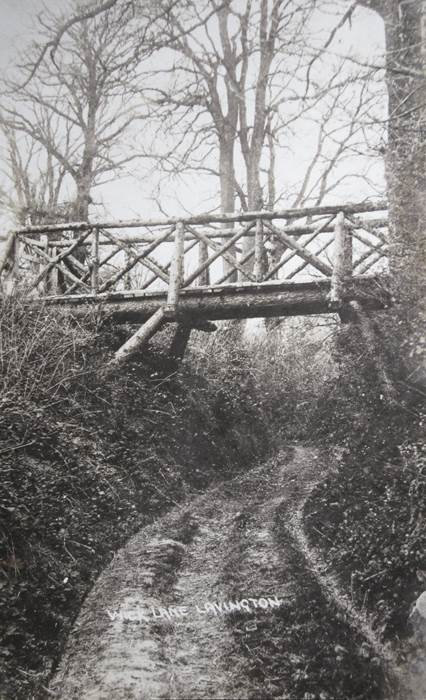 We now have the original card at the museum and can concentrate on the message rather than the delightful view. 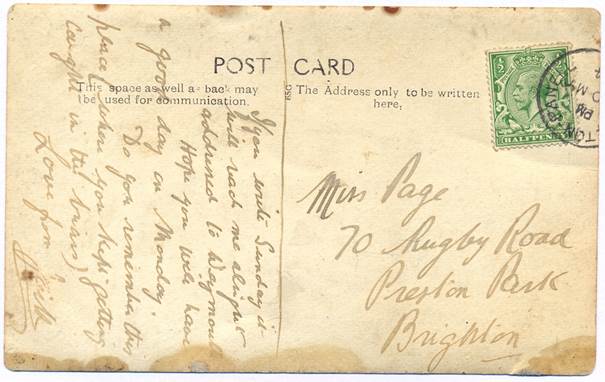 The card was sent to Miss Page of 70 Rugby Road in Brighton in Sussex. 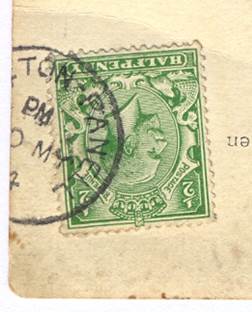 It was posted at Littleton Panell and from other knowledge we know this was May in 1914.

Miss Page was Floss Page. She and the card sender had become ‘an item’ in August 1910. After a courtship disrupted by WW1 the couple finally married in 1920. So the year on the postmark, ending with a 4 must be 1914. 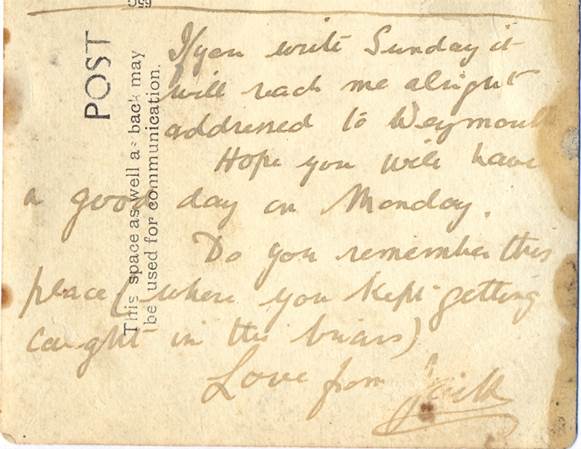 The message is simple and much like modern electronic communication to start with – short and to the point. Basically write on Sunday addressed to me in Weymouth and I’ll get it. Also have a good day on Monday.

But then it refers to the picture and what sounds as though it might have been a romantic stroll.

‘Do you remember this place (where you kept getting caught in the briars)? Love from Jack.

Jack is Jack Welch – and do we sense he enjoyed his lady friend getting caught in the briars and, no doubt, needing some help getting free. Soon he’d be off to India, for some years before a serious injury threatened his life so even when he did return it was a couple of years before the wedding took place. Perhaps we gather a bit of the poignancy of the summer before the war in this card.

The marriage, sadly, was far too short for Floss died in 1933 aged 40. However she had produced Peggy and Tony by then and Peggy, of course, was our museum founder. Perhaps we should be very thankful for those troublesome briars.