A changing ‘ghostsign’ in Easterton

I’m sorry if you have come here, hooked in by the word ghost, hoping to find tales of mad, vanishing women who patrol Easterton by night. By comparison with that, ghostsigns are rather prosaic adverts, painted or lettered directly onto a building surface. The old shop in Easterton has a number  of former signs, overwriting others on one corner of the building.

Lets start in the early 1970s, when the shop was still operational, with a photo taken by Jim. 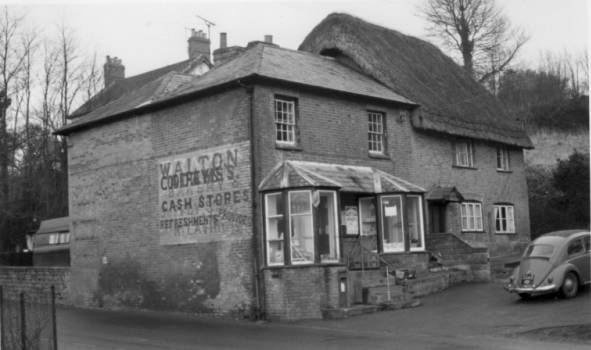 Easterton shop in the early 1970s 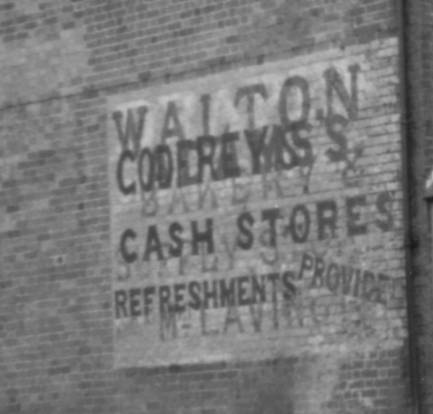 Close up on the ‘ghostsign’

Here’s the sign with two different former owners having their names in the ghostsign.

Walton advertised the shop as a Bakery and Supply Stores – also at Mkt Lavington.

Godfrey’s message is clearly over the top – talking of Cash Stores and Refreshments Provided. It looks as though the sign writer realised he hadn’t left enough space for the word ‘provided’ so he wrote it at an angle.

There is evidence of an earlier sign, predating Mr Walton’s message. Interestingly, that message has become much more visible over the 40 years since the picture was taken. It’s back to Jim for a June 2012 image. 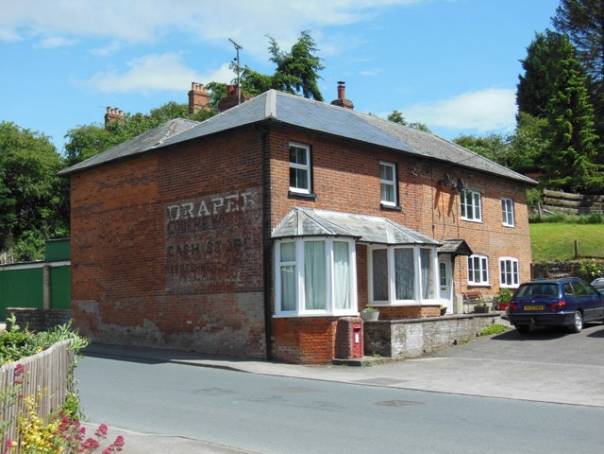 The former Easterton shop in June 2012. Note how the roof line changed when the thatch was replaced. 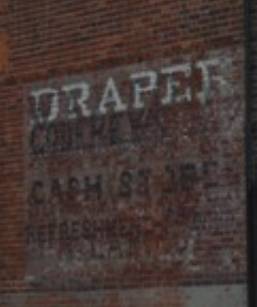 There were ghostsigns, too, in Market Lavington. Some of them might reveal interesting history.