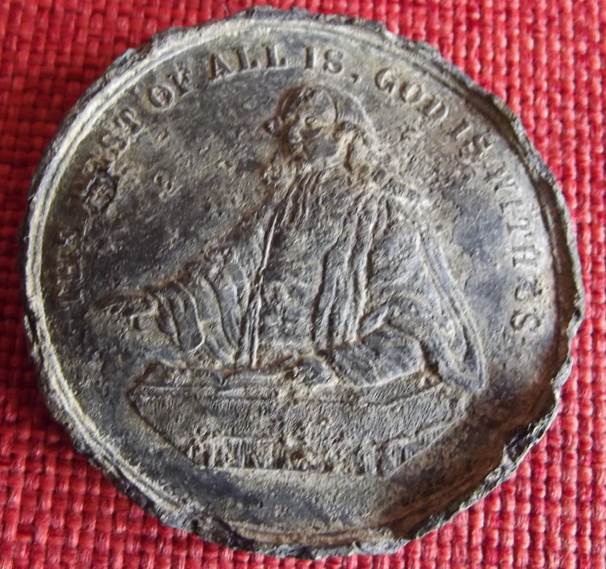 The front of the medallion has an image we believe is John Wesley. It has the message, ‘The best of all is God is with us’. This is reported as being what John Wesley said as he died.

The reverse has more information. 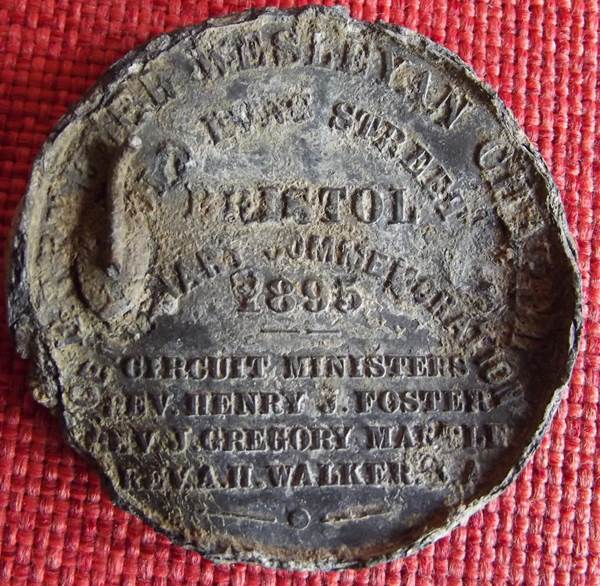 The medallion commemorates the centenary of the Ebenezer Wesleyan Chapel , Bristol in 1895

First of all we can see that at some time this medallion was converted to what would have been a cumbersome and heavy pin brooch. The remnants are over the top of some of the writing but we can make it out. This medallion commemorated the centenary of the Ebenezer Wesleyan Chapel of Old King Street in Bristol which took place in 1895. We can see that the circuit ministers were Rev Henry Foster, Rev J Gregory Martin and Rev A H Walker.

For the record this chapel no longer exists.

We can only wonder as to who lost this in Market Lavington.