This photo is a tad careworn but we have enough information to make it interesting. It dates from about 1930 and shows an all-male charabanc party at a stopover, almost certainly in Salisbury. 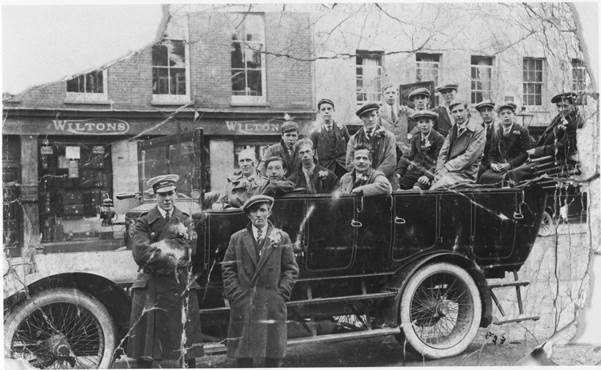 A charabanc trip in about 1930. Probably a football outing.

A goodly collection of the people on board have been identified and this has allowed the museum to speculate on the nature of this outing.

Notes from our record card

This was the work of former archivist, Priscilla Manley who has suggested this was a football outing for a young team with adult trainers and supporters. Priscilla has sketched the position of heads in the photo and numbered those for whom there are names. 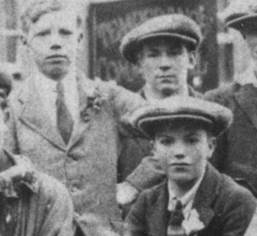 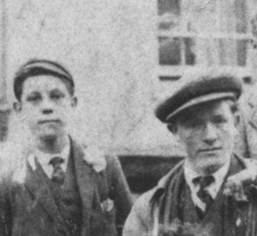 This pair are 3 – Albert Potter and 4 – Jim Hurkett who was one of the adults on the trip. 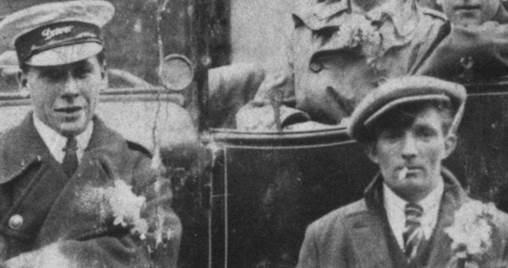 9 was Harry Hobbs, the driver and 10 was Mr Hurkett

We note that they are all wearing buttonhole flowers. This is surely not normal for a football team on their way to a tournament. Could they be going to a wedding?