Scooters for youngsters were popular in an earlier age and have had a resurgence with new materials and techniques making them stronger, lighter and more versatile. 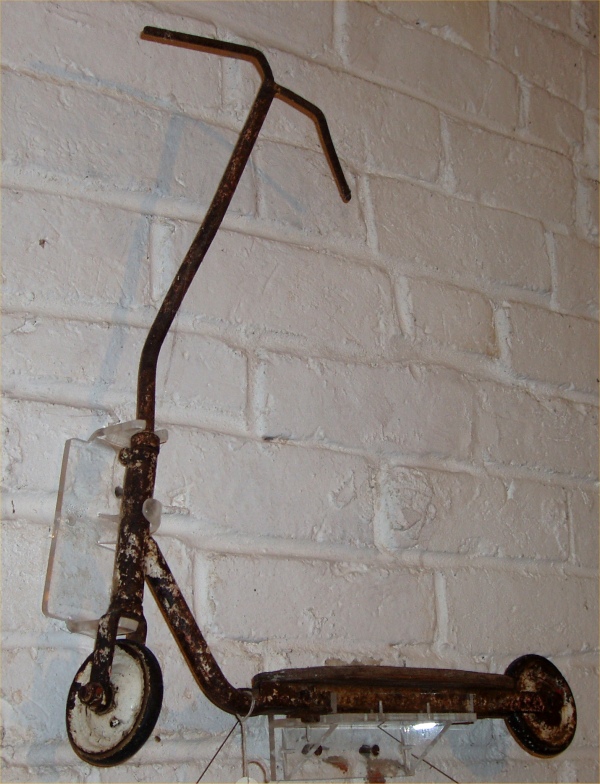 It is thought that this scooter was probably made in the 1920s or 30s probably by a local blacksmith.  The Merritt family of blacksmiths could, perhaps, have been involved although there were other blacksmiths in the area.It is a frighteningly simple device lacking in features like brakes. One can imagine that it might have got up a good turn of speed coming down Lavington Hill or Spin Hill or, perhaps the hill down to Northbrook. And in those days of virtually no motor traffic it was felt not too much of a risk to ride down such hills. Even into the 1980s local youngsters risked riding skateboards down some of these hills.

This scooter was used by several generations of local youngsters.  It is known that the Vears family used it and also the Ashford Browns.

This scooter is an example of an item which has been conserved in ‘as found’ condition. Purpose built mounts have been made to hold the scooter away from the wall but no attempt has been made to restore it to anything like original condition.