A Christmas Card for the museum

No, this is not an actual Christmas card, but rather a postcard depicting a local scene, which has been given to Market Lavington Museum over the Christmas period.

We have hundreds of local postcards in the museum, many made from photos taken by Alf Burgess, the photographer, or his sons. But this one was artist drawn, more recently than the Burgess family were at work and depicts a scene that they would not have known. For the scene is a factory – the largest in the area. It was in Easterton and it made jam. 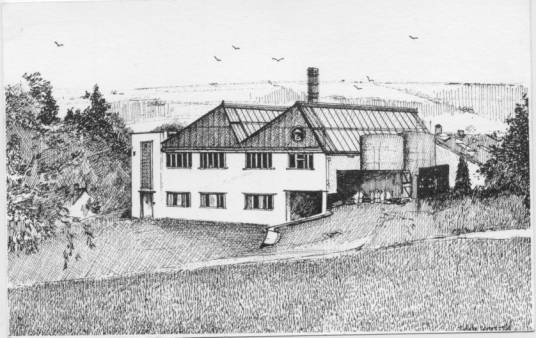 Easterton jam factory on a postcard at Market Lavington Museum

The artist is John Worsfold. Market Lavington Museum has a number of his sketches – or rather copies of them. It probably dates from the 1980s.

The caption on the back of the card simply reads

Of course, it isn’t Samuel Moore himself, but rather his jam factory. We still await news on what will happen to the site now that the factory has shut down.