A Christmas Card from William Cole 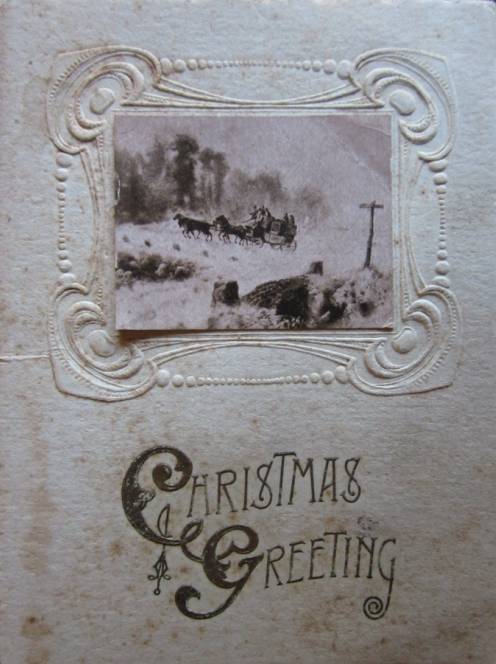 A 1908 Christmas Card from William Cole, formerly of Market Lavington

It has a black and white stage coach scene pasted on a simple card. Sadly, the card is not in perfect condition – as the booksellers say, it is slightly foxed.

The card was sent by a young man who had moved from Market Lavington to Cheltenham. His name was William (Eades) Cole. He sent the card in 1908. 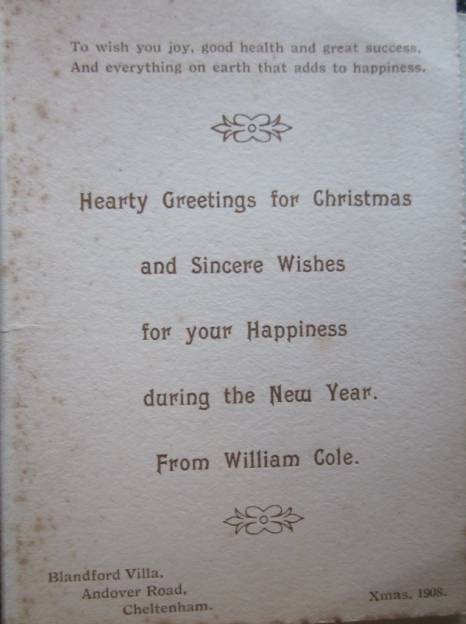 The ready-printed message in the card

William was born in 1893 so would only have been about 15 at the time. Maybe he felt a fully printed postcard made it look as though he had got somewhere in the world – or maybe he just thought it would save him the fag of writing cards. Or perhaps it was really his widowed mother who was dealing with the cards. She and her husband had run the bakery where Market Lavington Post Office now is and William’s mother, the former Sarah Ann Sumner had probably been born at that shop at 1 High Street, Market Lavington. Just when and why they moved to Cheltenham, we don’t know, but Sarah Ann was listed as a widow and a retired grocer in 1911. So, too, was her sister who was with them in Cheltenham in 1911. At that time William was the earner, working as an outfitter.

But clearly their friends back in the old home village were not forgotten.