We have a wonderful carnival picture today. It is utterly redolent of times past. 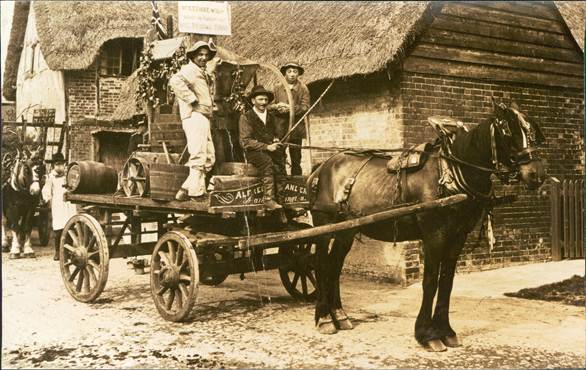 Here we see carnival floats lining up on Easterton High Street. Of course, the leading float commands interest being a horse drawn wagon. The wagon belonged to local farmer and eccentric, Alfred Alexander. He was normally known as Alfie.

We are not sure who the three people on the cart actually are. 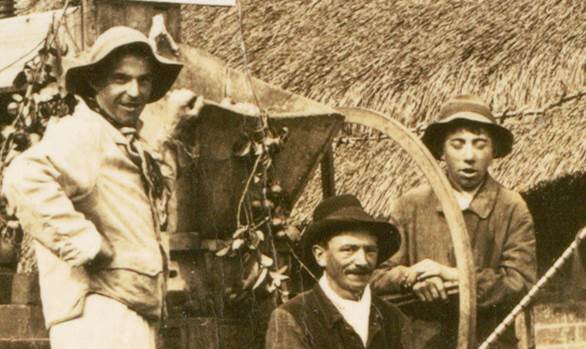 However we think the lad on the right was known as ‘Polar’; Ingram and from him we date the photo to the early 1920s.

We believe the Alexanders did operate a cider press and that’s certainly what is on the wagon! It’s topped off with a notice perhaps meant to indicate the fine, strengthening qualities of the local brew. 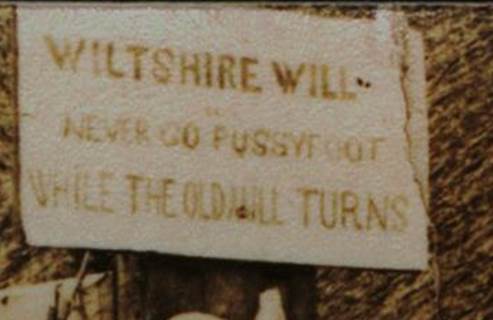 ‘Wiltshire will never go pussyfoot while the old mill turns.

There appears to be a liveried footman behind the wagon, but this being a carnival it is almost certainly a fancy dress. 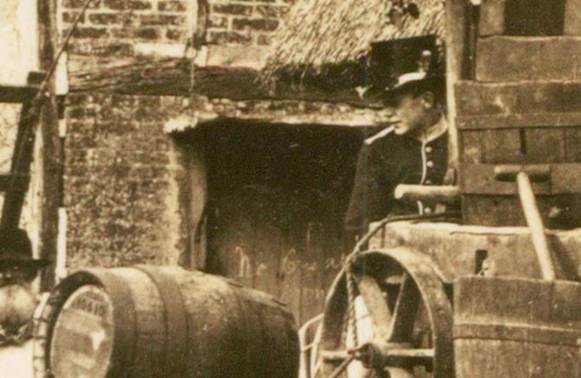 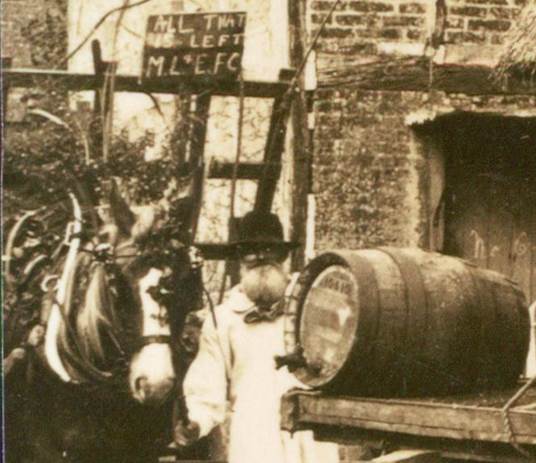 The bearded and smocked man is leading a waggon which says, ‘All that is left ML&E FC’. Presumably that’s Market Lavington and Easterton Football Club. Had they had a bad season?