This post is about a clock. The clock is in New South Wales in Australia but the curator at Market Lavington Museum was recently contacted about it. It has become a topic for discussion and some disagreement about its origins.

All agree that it was made by somebody called Ackrill in Market Lavington. The face of the clock certainly points to that. 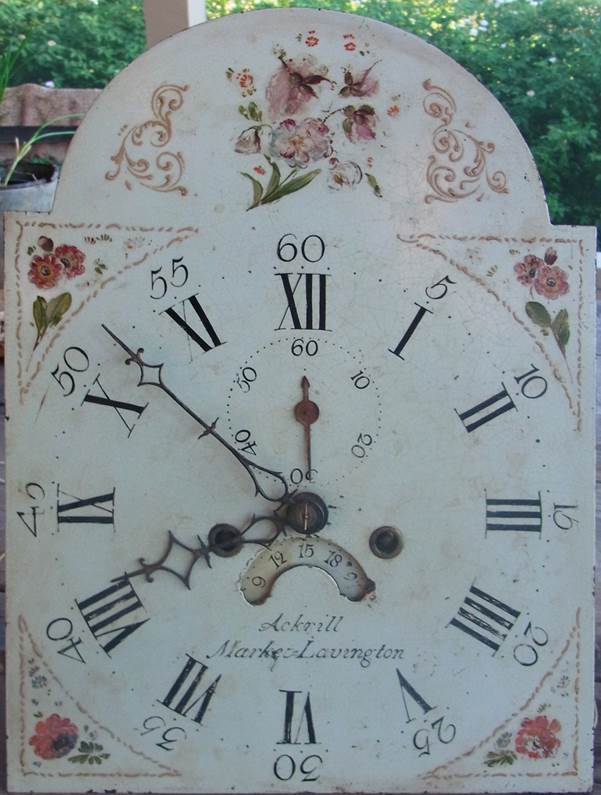 Face of clock by Ackrill of Market Lavington

It is very clearly labelled so really there is no doubt there.

References to Ackrill in the Market Lavington records are almost as rare as hen’s teeth. In fact we found just one reference. In 1802 (On December 10th to be precise) William Allen Ackrill was baptised at the church of St Mary in Market Lavington. He was but ten days old. His parents were Samuel and Margaret Louisa.

Looking through the censuses (1841 and 51) we can find a Samuel married to a Margaret Louisa in Worcester. It gives a birthdate of about 1777 for Samuel and an occupation of clock maker. The very useful site at http://www.clockswatches.com/index.php has this clockmaker listed and a little information can be obtained about him. But Tony, who runs the site, thinks the Market Lavington Ackrill must be a different person. He believes that Worcester born Samuel was always in Worcester. He also thinks the Market Lavington clock is too early to have been made by Samuel.

However, another local expert known to our curator came up with a date of just around 1800 – a time which fits well with the time when a Samuel Ackrill was having his son baptised.

When William, the one baptised in Market Lavington married, he gave his dad’s job as clockmaker.

There is no proof, but on balance we THINK this clock is by Thomas Ackrill who lived most of his life in Worcester. We do not know why he spent time in Market Lavington but the evidence is that he did and the complete absence of other Ackrills points to him as the clockmaker.

He is now listed as a different Ackrill, clockmaker, on the clockswatches web site. If anyone out there can lead us to the definite truth then do get in touch.

To finish this post, some more images. Here are the works. 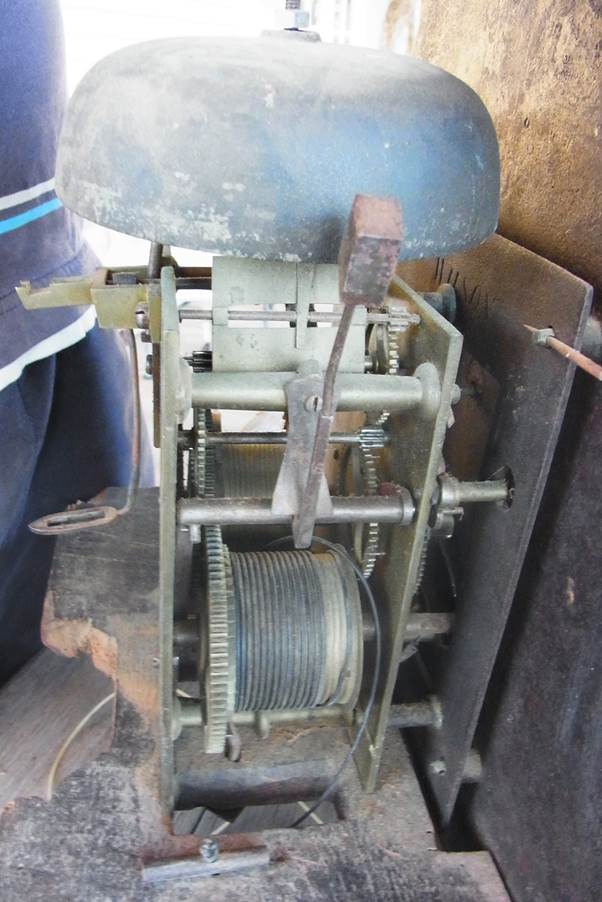 We can see a false plate here bearing the name Wilson who was regarded as a leading clock face painter operating at the times we all think the clock was made.

And here’s the case.

Many thanks to Barbara and her husband, the clock owners, for sending us these pictures.