A Clyffe Hall Fête 100 years ago

Clyffe Hall, built in 1732, is one of the larger houses in Market Lavington and it is surrounded by lovely gardens with rolling lawns and a lake. It is the ideal spot for summer entertainment and over the years it has frequently been used for summer fêtes. Of course, it will be in this year of 2010 when the Market Lavington Village Fete will take place in the grounds of Clyffe Hall yet again.

Market Lavington Museum will have a stall there, giving visitors the opportunity to guess what some museum items were used for and also a chance to look at what Clyffe Hall was like in times past from our extensive collection of photographs.

Here, we present a couple of photographs of Clyffe Hall in use for garden fêtes. The first was taken back in 1910 – 100 years ago. I don’t think there’ll be tennis on the lawn this year.

Since 1910, Clyffe Hall has lost its cupola – the tower like structure on top of the roof.  For a comparison, here was the fete in 1999. 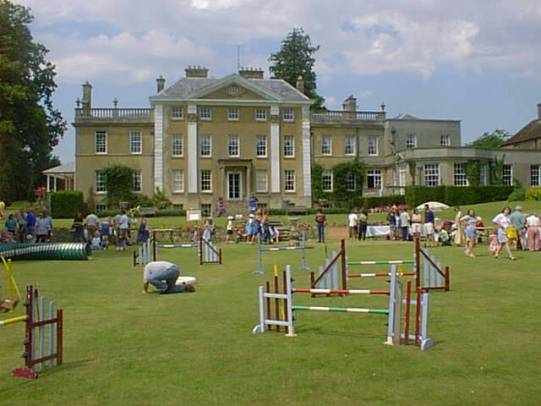