A coach and four at Lamb Corner

We do not have a date for this photo, which shows The Rocket Stage Coach at the crossroads in Market Lavington. So let’s attempt to date it with the clues available.

But first, let’s take a look at the coach itself.

Close up on the coach

Here we see a well-matched set of four horses hauling a well-laden coach. At Market Lavington Museum we have a film of this coach (taken by Peter Francis and also undated). We know from this that the coach was The Rocket and it shows its normal route as being London to Portsmouth. We know that a refreshment break was taken at The Churchill inn in West Lavington and that the coach continued up the hill to Gore Cross.

Can anyone help us with the when and why? 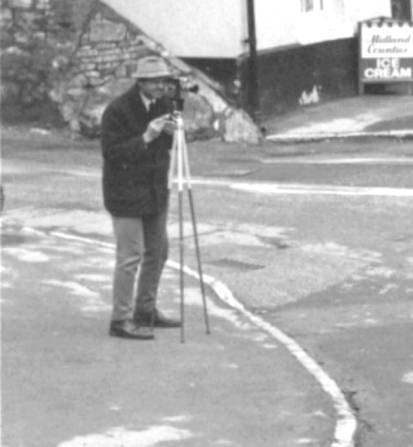 A film maker records the passing of the coach

It was an expected event. Peter Francis was clearly not alone in filming the event for here we see another cameraman at the crossroads. 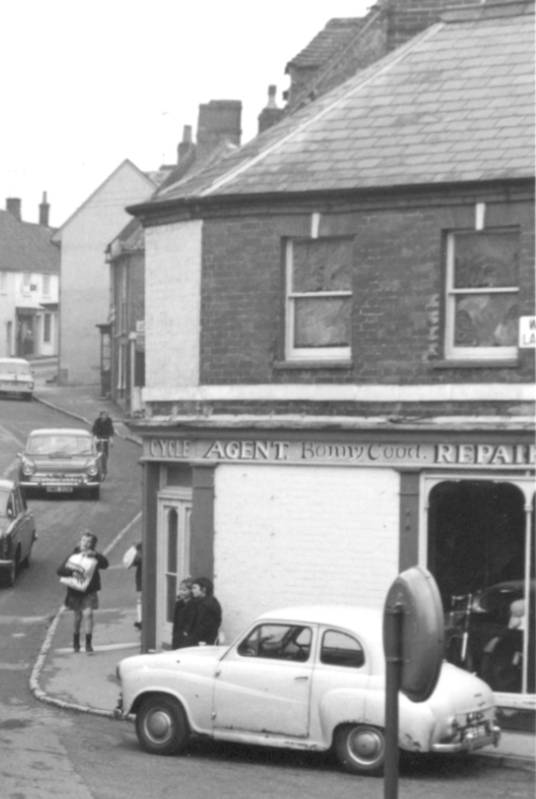 This photo is a rarity for it shows the shop on the corner of High Street and White Street at the time Bonny Good had it as a motorcycle shop. Bonny rented the premises from Mr Hayball after he gave up his drapery business. The Austin A30 or A35 car parked outside looks to be a bit of a rust bucket and probably was not in the first flush of youth when this photo was taken.

Across the road and outside The Post Office there is a Ford Anglia car of the style built between 1959 and 1967. Taking a mid-point on that range and using fashion as an added guide, we suggest about 1964 as the date.

The Ford Anglia car outside the Post Office provides the best clue as to the date of the event.