The Green Dragon remains the one pub in Market Lavington. The reduction from four to one such establishment in the past 30 years reflects a change in habits more than anything else.

Back in the 1950s, despite competition from the other three ‘locals’ the Green Dragon could still pull in a crowd as this photo shows. 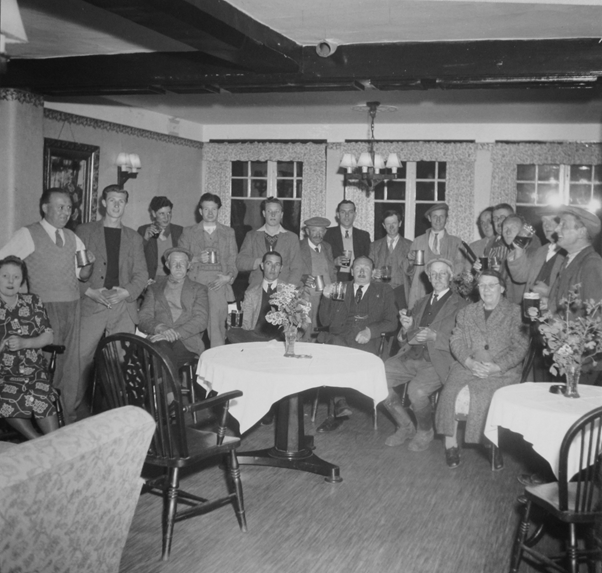 A crowd in the Green Dragon in the 1950s

It all looks very homely although it is very predominantly male.

We have names, but sadly not clearly attached to actual people. Here are the names we have. There may be somebody out there who can attach them to the people shown.