A Dramatic Presentation in 1910

Back in 1910, the Parish Room was a new structure. Market Lavington had a hall dedicated and suited to the needs of a village community – and that included putting on plays. In those days, more than 100 years ago, interior photos of a large group of excited actors were difficult. Film was still comparatively slow and the poor interior light would have meant a long exposure and many a blurred actor as a result

But a solution was close at hand. You could get the cast to do an extra curtain call away from the hall, in the grounds of the Vicarage. The two buildings were closely adjacent. The Vicarage is now a part of the nursing home and the Parish Room was demolished to provide extra facilities in a new part of the same nursing home.

And having taken a cast photo, then why not issue it as a postcard. After all, there’s a fair chance that cast members would like a copy themselves, and they’d like to send it to family and friends away from Market Lavington. So that’s what we have at Market Lavington Museum – a postcard with a picture of the cast of a 1910 play, taken in the grounds of the old Vicarage.

Let’s look at the back of the card first. There’s a message. It isn’t in code like another card we showed recently, but it seems to be almost as hard to read! 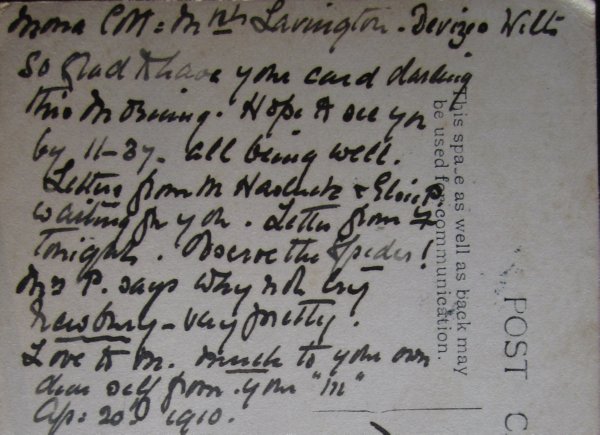 Message on a card sent from Market Lavington in 1910

The sender has given an address which we think was Mona Cottage in Market Lavington. 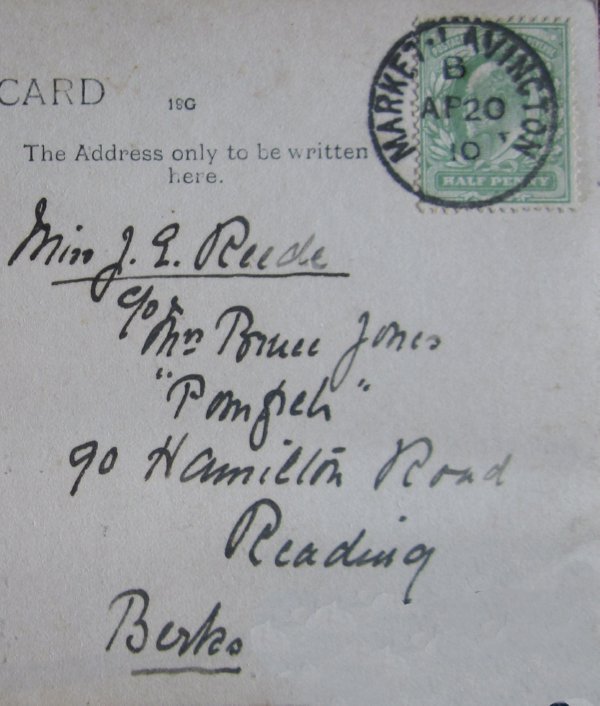 The card has a Market Lavington postmark

Now to the picture itself. 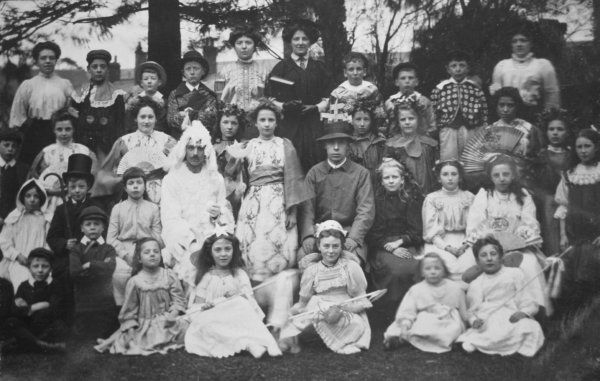 This card was given to the museum, many years ago, by May Elisha. She was able to tell us the names of three girls in the picture – Emmie Boulter, Fanny Merritt and Ann Smith. Sadly, we can’t attach faces to names.

However, we have picked on a few faces to enlarge. Maybe somebody will recognise a face here. 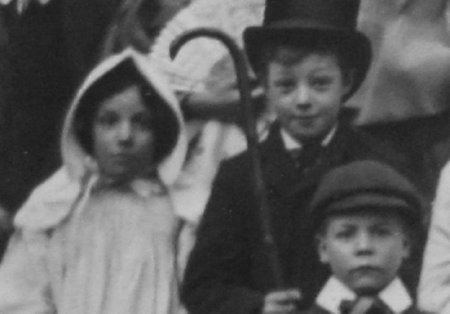 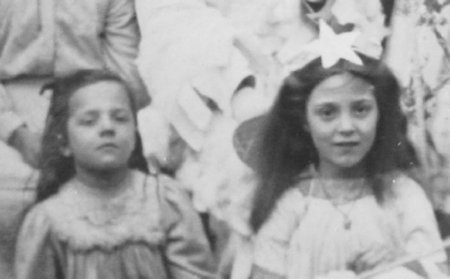 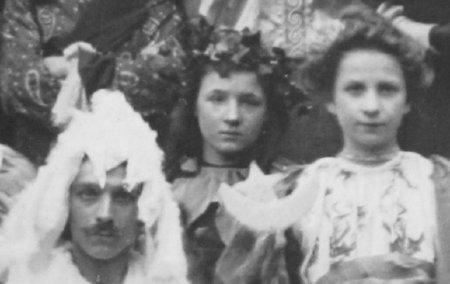