Eric James and his brother had a bakery and grocery business at 1, High Street, Market Lavington. At the time of writing, in 2020, this building has been used as a Post Office for many years. Eric and his brother gave up the business to take up farming, living at Cherry Orchard on Kings Road, before moving to Rowde.

He later donated to the museum the breeches he had worn in the 1940s, when going to market. 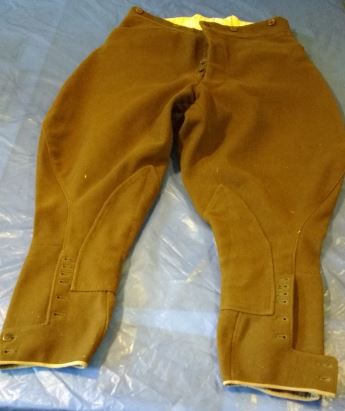 These are made of wool and are very heavy. It  must have taken Eric quite a while to get dressed in his breeches as they have eight buttons on each leg and six on the flies. There are also six buttons at the waist for attaching a pair of braces.

The breeches would have been worn with a pair of leather gaiters covering the calves down to the ankles. No doubt, Eric would have had a pair of sturdy boots too. 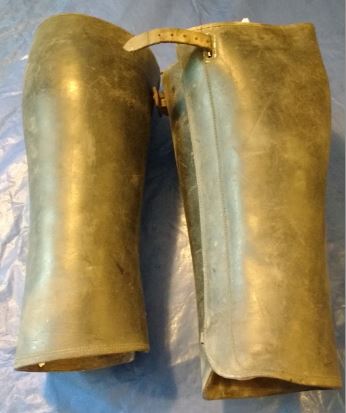