Back at the end of 2011, an oak tree along the Grove finally had to be felled and cleared. Bits had been dropping off it for years. It was, of course, sad to see it go, but it had actually blocked a well used footpath. 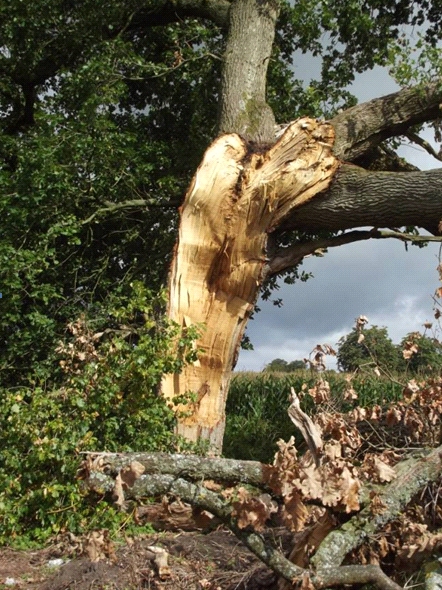 A suffering oak along the Grove, Market Lavington in August 2011

In the snow of February 2012, this was all that remained. 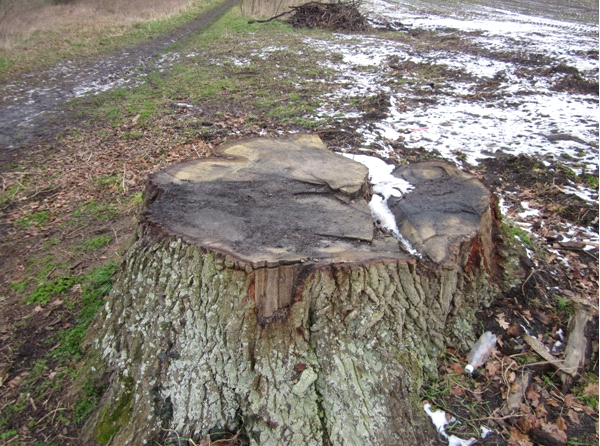 One thing about a felled tree is that it is possible to count tree rings to see how old the tree was. 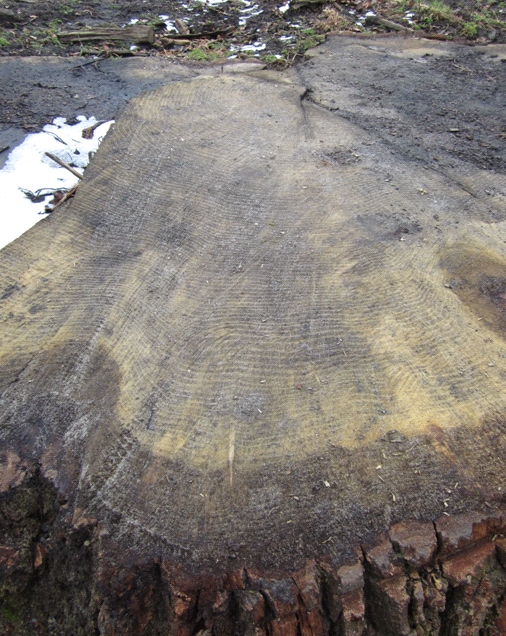 And there we are, looking into the middle of the remaining stump. There are about 140 rings. The tree started growth from an acorn around 1870. It makes an interesting time line. As this is a royal jubilee year lets put some royal events on the time line. 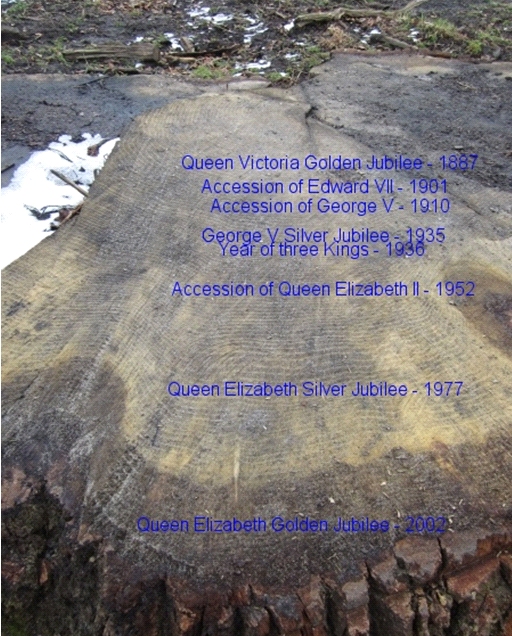 The tree as a time line of royal events

The felling of the tree will have changed the view from the former Market Lavington Manor. This view of the Manor was taken from near the tree on the same snowy February day. 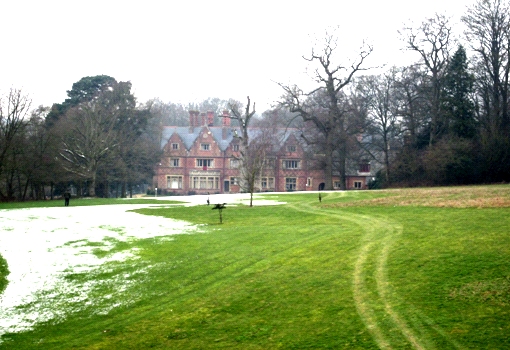 Market Lavington Manor as seen from near the tree - February 2012