A new item at Market Lavington Museum will bring back memories for many people. It is a fairly ordinary looking fountain pen of the kind many school children will have used in the 1950s and 60s.

This pen belonged to a lady who lived on High Street in Easterton  but who now, in her mid 90s, is a resident at the nursing home in the old vicarage building in Market Lavington. 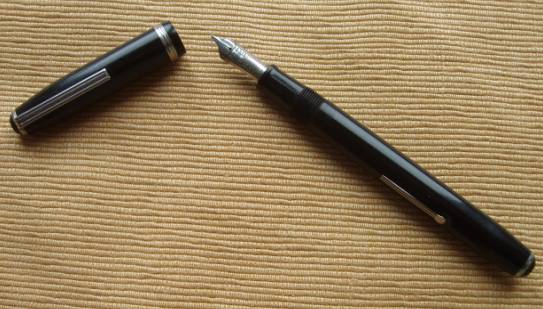 This is one of those pens with an internal reservoir for ink. A lever, visible on the side could be pulled out to squeeze air out of the reservoir. If the nib was dipped in an inkbottle and the lever returned to its flat position, ink was forced into the reservoir and the pen was ready for use.

Naughty schoolchildren were not averse to pointing the pen at another child and pulling the lever when that ink tank was full, splattering ink everywhere!

This pen was made by a company called Esterbrook.

Company name on the pocket clip on the pen lid

Esterbrook were keen to make the name known for the word appears on the pen lid, the nib and the main barrel of the pen. 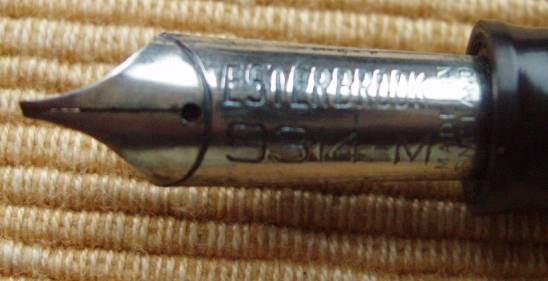 That looks like an italic nib – and quite well worn. 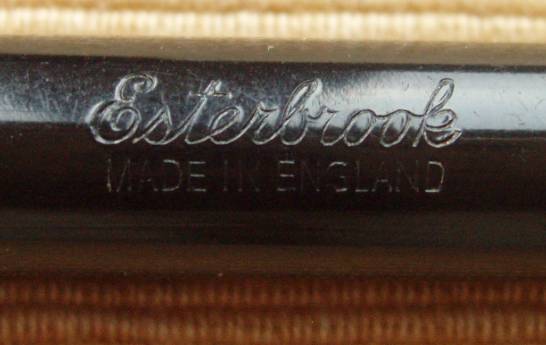 Esterbrook signature on the barrel of the pen

There’s not much that can’t be located on the web and there is a very comprehensive Esterbrook Pen site at http://www.esterbrook.net/ . From this we believe the pen is an Esterbrook J series ‘Double Jewel’ to a design dating from 1948. This pen was probably made during the first half of the 1950s.

The pen still has its box although this is well worn and repaired. Inside the box is the leaflet explaining how to get the best from the pen. 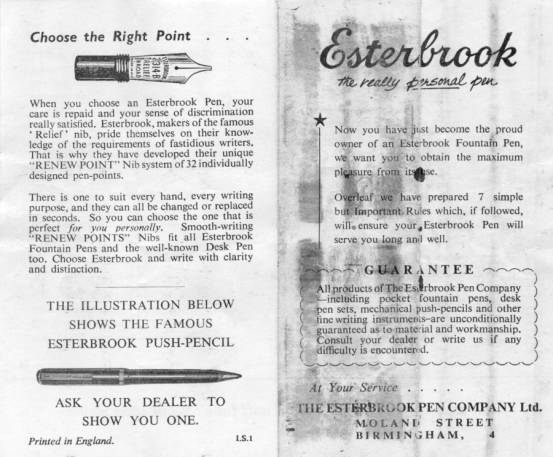 Back and front of the pen leaflet 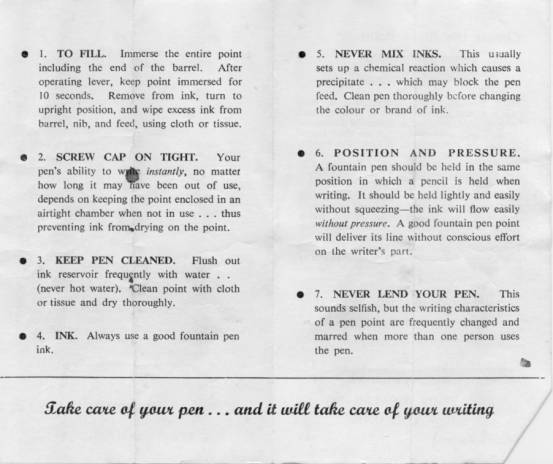 Advice to purchasers of the pen

The pen makes a lovely addition to what might be called general items, all of which have a real connection with the parishes of Market Lavington and Easterton