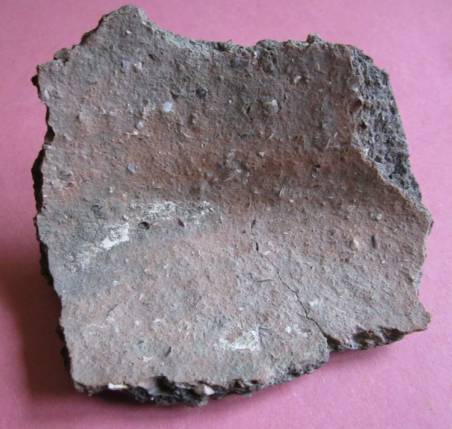 This rather jagged fragment of pottery was found by James Winchcombe from the well known funeral directors in Devizes. He was digging a grave at the cemetery in 2002 when he came up with this and, thinking it was old, it came to the museum.

It is a small part of a bowl

We can see from this view that this is a pot shard – a part of a bowl.

Back in 2002 Paul Robinson curated the museum in Devizes and he identified and dated this piece. It is a part of a red earthenware pot and dates from the 11th or 12th century.

As such, it forms part of the evidence for continuous or near continuous habitation in the Market Lavington area for the last 2000 years.