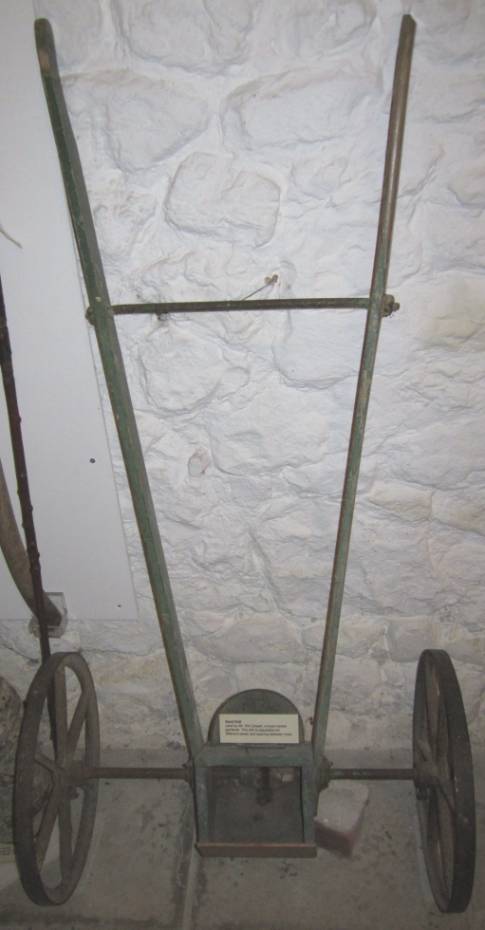 A seed drill, once used by Sid Cooper and now at Market Lavington Museum

This human powered push seed drill was used by Sid Cooper in the 20th century. The drill itself is believed to date from around 1900. Sid was a market gardener on the sands. Market gardeners often used smaller equipment than farmers and this seed drill certainly fits that bill, sowing, as it does, just one row at a time.

Sidney (sometimes Sydney) Herbert Copper was born about 1880 in Market Lavington. At the time of the 1881 census the family lived on Northbrook. Father, Robert, was a brickyard labourer and mother, Sarah, had been born in Easterton.

In 1906 Sidney married Lottie Ridout, a Cheverell girl and in 1911, the couple, with 4 children lived in Little Cheverell. Sidney was a brickyard labourer.

By 1926, Sidney and family lived at Fiddington Sand. This was when he was a market gardener. The family remained on the sands until Sidney’s death in 1951. Lottie died in 1954 at an address on Spin Hill in Market Lavington. Both are buried at St Mary’s, Market Lavington.