A Lavington and Easterton Football Team 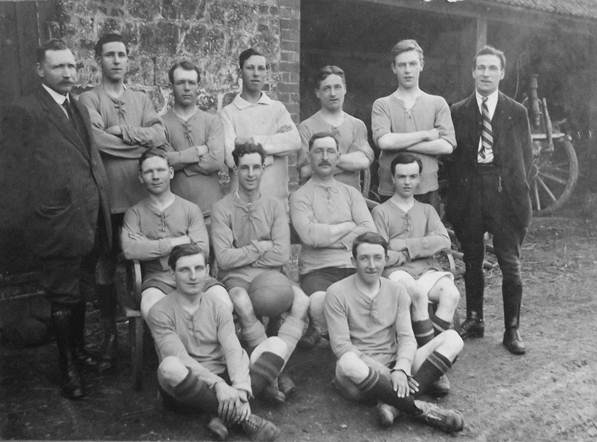 Market Lavington and Easterton football team in about 1919

We think this picture could have been taken at Gye’s Yard on White Street. Ignoring the team for a moment, we can see, in the background, some kind of pump and a cartwheel which could well have been associated with the Gye’s building, carpentry and wheelwrighting business.

This is a well captioned photo so we can name the men.

The photo is well captioned by name, but no date is given. We date it to about 1919.

Let’s pick on the lad with the ball. 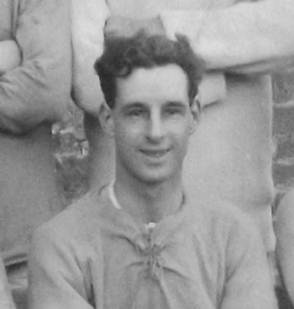 Alec George Alexander, born Market Lavington but by this time of Easterton

This is George Alexander. He was born in 1897, the son of Richard and Jane. Richard was the publican at The Kings Arms. The family were there for the 1901 census but our George was entered as Alec G Alexander.  In 1911 he lived with his widowed mother at The Clays, Easterton.

Alec George served in World War 1. He was injured whilst in Mesopotamia and also served in India.

In 1922 he became a postman in Easterton. He earned 8/11 a week and his duties involved 15 miles of walking every day.

In 1926 he married Nellie May Ross, daughter of a gardener at Clyffe Hall in Market Lavington.

In 1936 Our Mr Alexander transferred to the Devizes area where he remained a postman until retirement in 1957 – but he worked in the office for a further five years.

Alec George Alexander had been a keen bandsman – a drummer. He played with the Market Lavington Prize Silver Band when he lived in Easterton.

He and Nellie celebrated their Golden Wedding in 1976.