A letter from Sid to Eric

Eric James we have met before on this blog (click here). He was the baker at Number 1 High Street until lured away by the thought of being a poultry keeper. Eric received this letter from a friend serving in the forces during World War II. 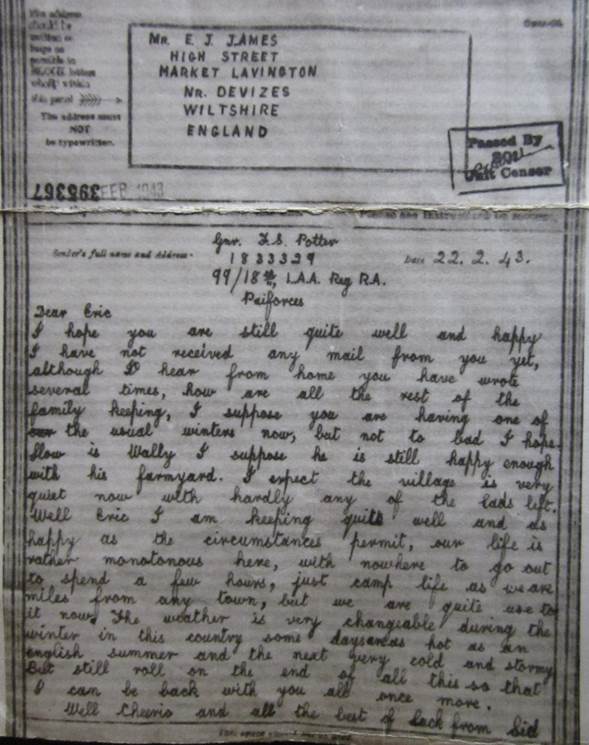 The letter comes from Gunner F S Potter who signed himself as Sid. Sid was constrained by censors and gives away nothing about where he was at the time except that it could be as hot as an English summer, or very cold and stormy and a long way from any town. Paiforce was the Palestine and Iran Force

It certainly sounds as though he’d had enough of the war. No doubt he was pleased to get back to his garden in Market Lavington where his sweet peas were always considered very good.