We think of Edward Box as being the man who had the brick works in Market Lavington for most of the second half of the 19th century. And that is true, but of course, it was actually the brick, tile and pottery works and it is a pot that we’ll look at today – a pot designed for growing a lily. 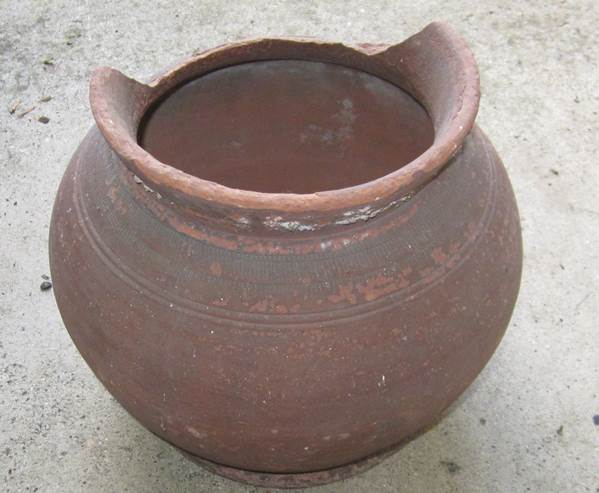 Here is the pot and we can see straight away it does have a broken rim and that broken off part is missing and may well have been lost 100 or more years ago.

Anything made by Box of Market Lavington must date from that second half of the nineteenth century and we estimate this one as from around 1880.

The image above shows it has been decorated by two horizontal lines around the pot but it also has a vertical line motif running right round the shoulder of it. 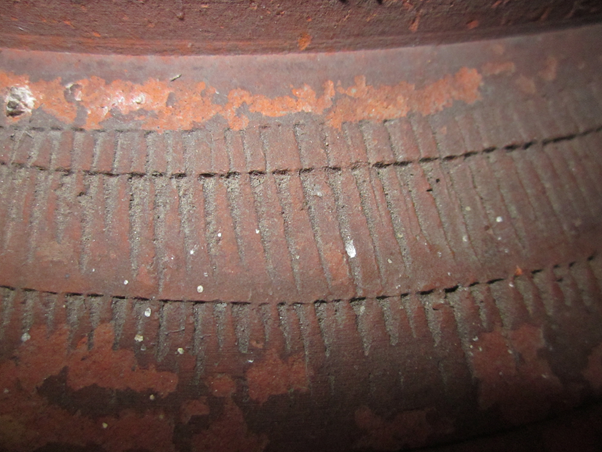 Not surprisingly, we can see this pot has suffered other weather related flaking in the past – but how good to have something from our brickworks that is definitely not a brick or tile.