A long-gone house on Northbrook

This house is said to have been on Northbrook, on the slope leading to The Sands. We do not know precisely where this was and would really appreciate any help that can be given to locate the spot on which this building stood.

A long-demolished Northbrook cottage - a photo at Market Lavington Museum

Our information suggests that this picture was taken in 1910 and that the person standing by the cottage is Mrs Newman who was the grandmother of Mrs E Oram.

We can see Mrs Newman in more detail. 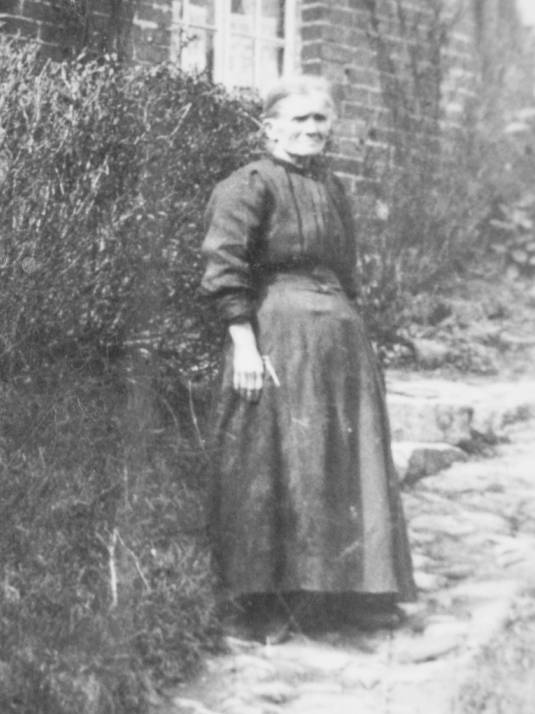 Mrs Newman stands by the cottage

A Mr and Mrs Newman did live in Market Lavington at the time of the 1911 census. They were Frederick William Newman and Lucy. Frederick was aged 52 and Lucy was 47. This lady looks older than 47. This was not the house which Frederick and Lucy occupied at the time of the 1911 census. They lived somewhere near the Manor. On earlier censuses Frederick’s occupation had been ‘cricketer’ Maybe Frederick helped create the cricket ground which is now a part of the Lavington School site.

Can anyone out there help us to get our records correct?