A Market Lavington invention at the Crystal Palace

The nineteenth century was a time of invention. It was also a time when Britain ruled the waves and had its huge empire. The Great Exhibition  of 1851 was an opportunity to show off just how great the country and its empire was.

And it seems that Market Lavington was represented at the exhibition which occupied Paxton’s huge glass pavilion in Hyde Park. Our curator has recently come across these documents. The first extract is taken from a book which was produced for The Great Exhibition of 1851.

A report written for The Great Exhibition of 1851 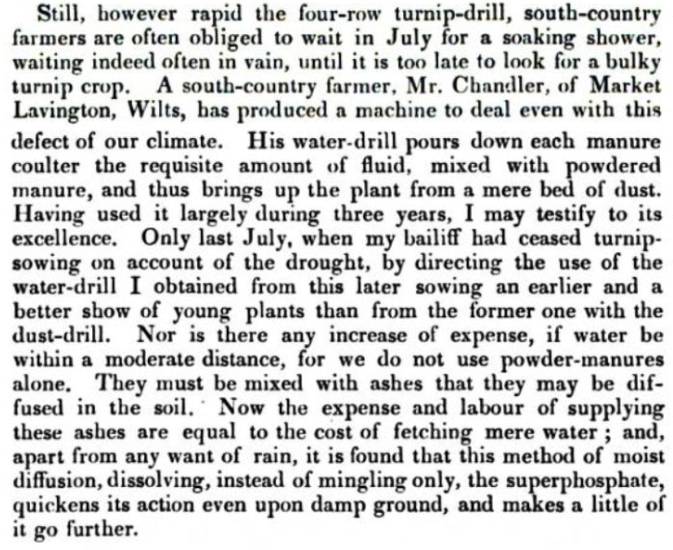 text about the invention of Mr Chandler of Market Lavington 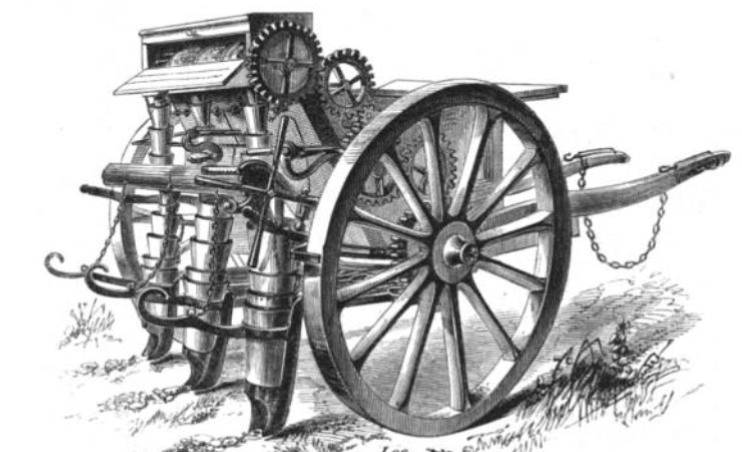 So it would seem that a Mr Chandler of Market Lavington invented a system for delivering a suitable dose of water with a seed so that germination could occur and be followed by good growth of the new plant.

Another book also has an extract about Mr Chandler’s water drill. 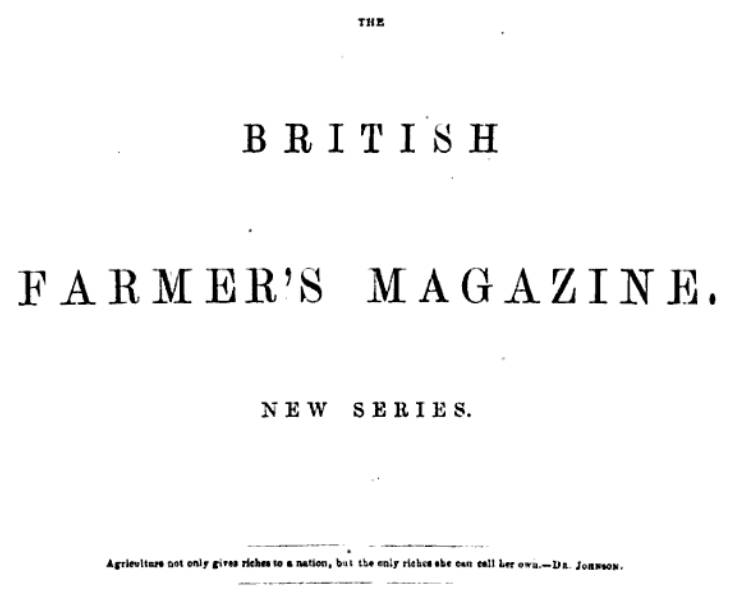 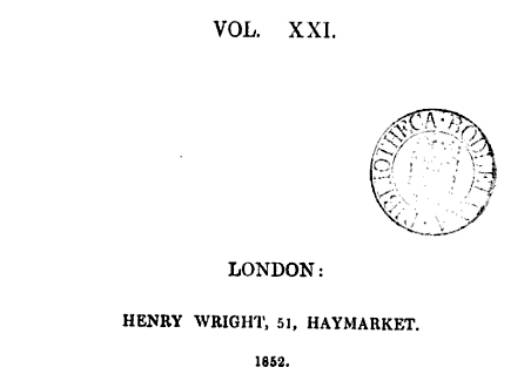 This book has much the same article but a different picture of Mr Chandler’s drill. 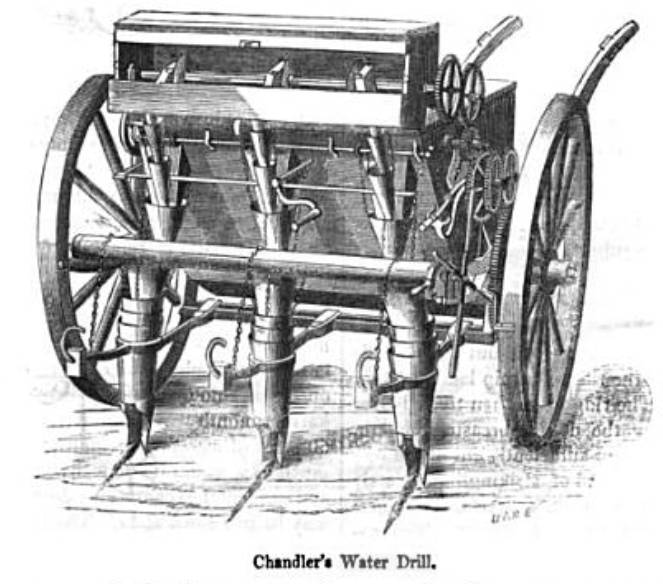 Unfortunately, at the moment we can find no trace of Mr Chandler in Market Lavington. Can anyone out there help us?

But now a little extra. Many years ago the current curator found a medal buried in the ground at his Market Lavington home. It was in shocking condition even then but it appears to have a picture of the Crystal Palace on one side and a head on the other. The word ‘exhibition’ may be written around the edge of the medal. 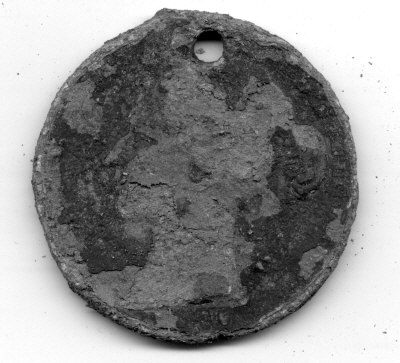 The 'heads' side of the medal 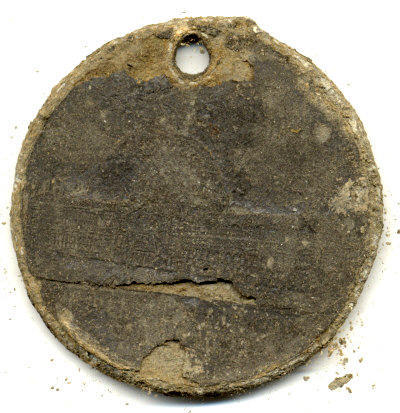 Is that the Crystal Palace? This item has never reached Market Lavington Museum. It's condition is flaky, to say the least.

One imagines that exhibitors’ medals were better quality than this base metal item. Maybe this was a cheap souvenir for a Market Lavington visitor to the exhibition who, sadly, managed to lose it.