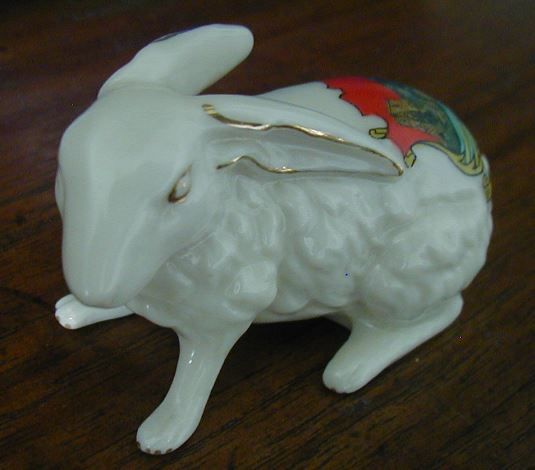 A new addition to our Arcadian China collection

At Market Lavington museum there is a little collection of Arcadian ware – white china models of various shapes and sizes. Arcadian ware trinkets were particularly popular in the early 20th century, many being sold as seaside souvenirs, being less expensive to buy than Goss badged china.

We have a WWI cannon, a frog, an armchair, an Irish kettle (cauldron) and a tambourine, amongst others. Ours are marked with a Market Lavington design, showing St Mary’s church and the name of our village. 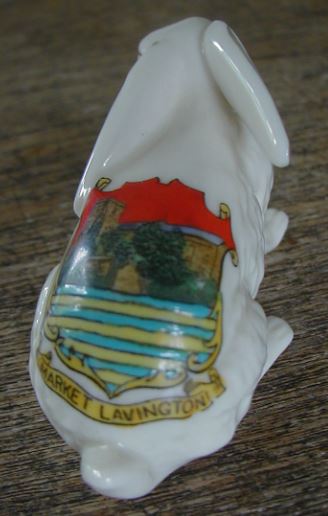 The rabbit is badged for Market Lavington

The underside of  some of our models show that they were produced by the Stoke on Trent factory especially for the local photographer, Alfred Burgess, who had a shop and photographic studio at 13 High Street in Market Lavington, near to the Co-op.

Information stamped on the underside of the rabbit

Alfred Burgess died in 1918, but he and his wife Marion had several children and the business carried on as Burgess Brothers until after WWII, with Robin taking photographs and George working in the darkroom.