A mechanics life by John Buckland

John is a long term Market Lavington resident and has written this in response to the article about an oil pump published on 28th march. You can click here to see it.

I have used this actual pump. In 1963 I started work for Edgar John Haines, who had taken over Milsoms Garage. I well remember the pump (and getting in a sticky mess with it).

There were two petrol pumps that were outside the workshop doors that you had to reverse in from Church Street to access. Petrol was four and four pence a GALLON. (That’s about 5p per litre.) 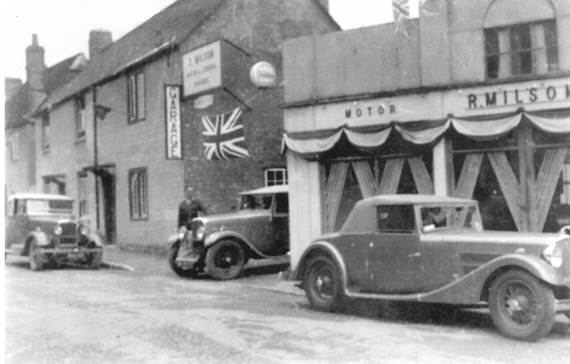 One of the pits in the workshop that were used to access the underneath of vehicles had a circular bulge in the centre, I was told this was to drop steam boilers down in to so maintenance could be carried out. (I never got to use this facility, as steam cars were a bygone era.)

The Fiat car company approached Edgar, the agency was taken on and business prospered, the German Wartburg agency soon followed with limited success.

As the new estate was built for the Army / RAF most of the personnel had foreign cars and as Edgar had a foreign car agency, working on VW’s, BMW’s, etc. became the norm.

The workshop was extended towards Gye’s workshops in White Street. Quite soon after, a new workshop and filling station was built in the Spring by Eddie Bishop builder also from the Spring, his workmen Fred Shepherd and Strawberry Cooper doing the majority of the work. 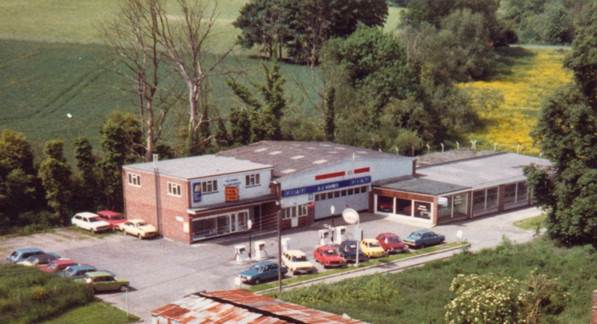 After Edgar’s early death, the business was sold, became a Seat agency, and then was demolished for new housing.

I recall assisting in the preparation of a Ford Cortina GT that was owned by one of the RAF officers, that was entering the first ever London to Sydney car rally. How it fared I cannot recall.

Also, Victor Gibson, step-son of Lt. Colonel Bradshaw of White Street raced a Morgan plus 4 sports car that had some notoriety behind it. In 1962 it was entered for the Le-Mans 24 hour race by the Morgan car co. of Malvern. Known affectionately as “old mo” Remarkably it finished first in class for up to 2 litre sports cars and thirteenth overall. In Victor’s hands it was less successful!!!

It was road legal and garaged in Monday Market street in Devizes at the rear of the Lucinda wool shop. (Mrs Bradshaw had a chain of these shops locally, even one in Lavington.) I recall trying to bump start it to bring it to Haines’s along Monday Market Street with the bonnet open, me running alongside trying to give the carburettors some choke and flames licking at my arms. Victor wore a leather pilot’s hat when racing, safety was yet to come to the fore.

Somehow Victor managed to write it off along with the Colonel’s Rover 2000 and the trailer on his way to Castle Combe at the turnpike garage. (on the way to Melksham)

I left Haines’s employ in 1971 after eight years, to become a Police motor technician, a position Edgar had held previously.