A memory of the Drummer Boy

This poster is one of few memories we have of the Drummer Boy in fairly recent days. It advertised live music at the pub. 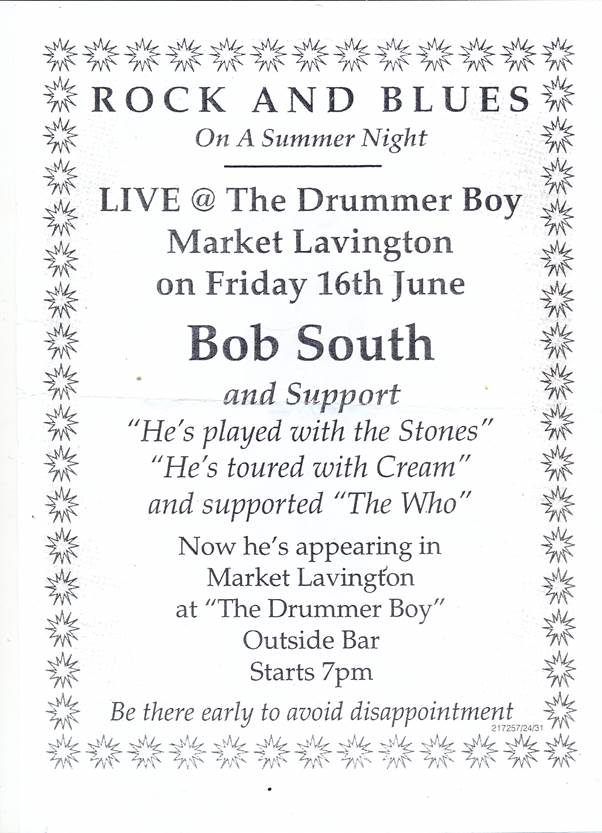 Poster for live music at The Drummer Boy in 2006

We think this was 2006 – like many posters it gives no year but there was a Friday 16th June that year. Bob South was a successful touring guitarist and no doubt he gave his audience a night to remember with his mix of rock classics, bluesy flavoured music and even more folk stuff.

The Drummer Boy has gone and we still await thoughts on what happens next. So far all plans for converting to housing have been turned down.