A Merritt in the Home Guard

Two years ago we first looked at this photo of a young man in the Market Lavington Home Guard. His name is Albert W Merritt 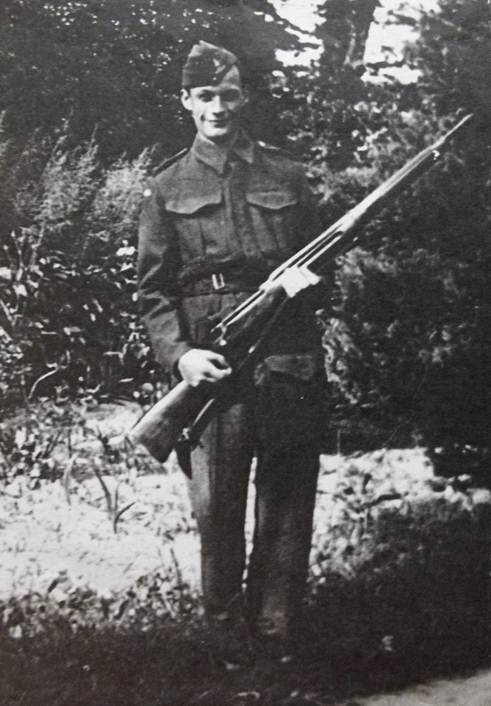 The person who gave us this photo simply said he was one of a large family of Merritts in Market Lavington.

A Correction…….This is my Uncle ‘Bert’. I also have this photo. His birth was registered in Devizes, incorrectly spelt as Merrett. His parents were James Merritt and Elizabeth (nee Fitch) and he was born 1914/15. Two older siblings were Frances Helen, my mum, born 1910, and Robert James 1912.