A Message in a Bottle

This is another under the floorboards posting – but this time with a difference for today we look at something deliberately placed under floorboards when a new building was erected.

Somewhat more than 100 years ago Market Lavington decided it needed what was, in effect, a village hall but which was always called The Parish Room. A site was located on High Street, more or less opposite the Workman’s Hall, money was raised and construction got under way. The building was completed in 1908 and it served the community well until 1996 when it was demolished to make more space for the Nursing Home.

In 1907, the builders and the movers and shakers who got things organised, put a list of names on a piece of paper, put the paper in a bottle and rested it under the floorboards.

And there it stayed until 1948 when the floor needed some replacement. The message in a bottle was found, photographed and replaced and it is these photos we see today. 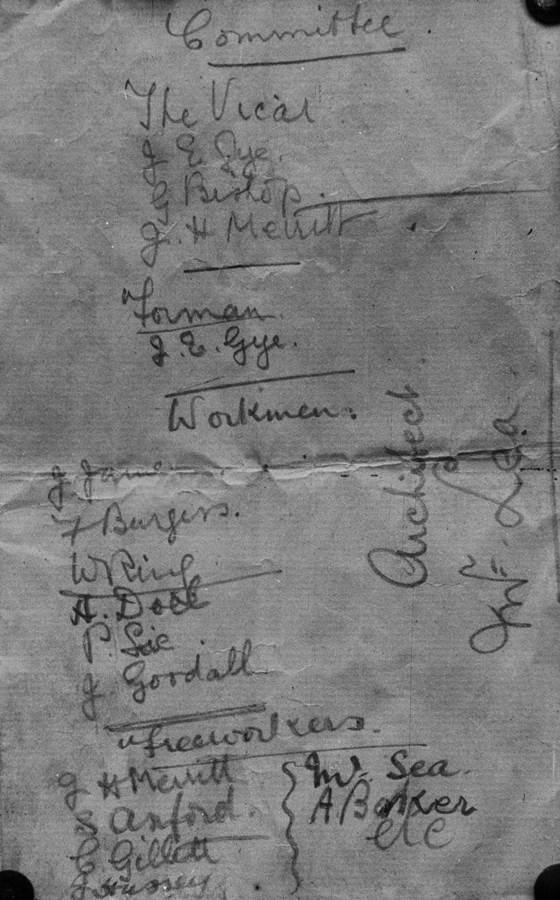 Builders of the old Parish Room in Market Lavington. The list was left in a bottle, under the floorboards.

We start with the committee, headed by the Vicar who would have been J A Sturton at the time. With him were J E Gye, G Bishop and J H Merritt. The Gyes were carpenters, George Bishop was a builder and John Merritt was a blacksmith. Possibly the trades were deemed potentially useful in the building work.

The other side of the paper has been signed and dated. 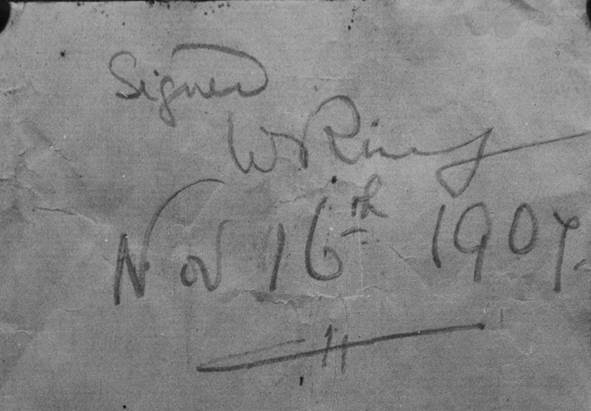 It was signed by W Ring on November 16th 1907. Presumably this was when the flooring was completed.

Sad to say, we do not know what became of bottle and message when the hall was demolished in 1996. It would be good if it was preserved somewhere.

But at least we have a photograph and that should enable us to find out more about the men who built the old Parish Room.