This year we have been given quite a few photos with a Samuel Moore/jam factory connection. It is pure coincidence that these have arrived just as the old factory was being demolished. One of the nicest of the photos shows the Moore family. 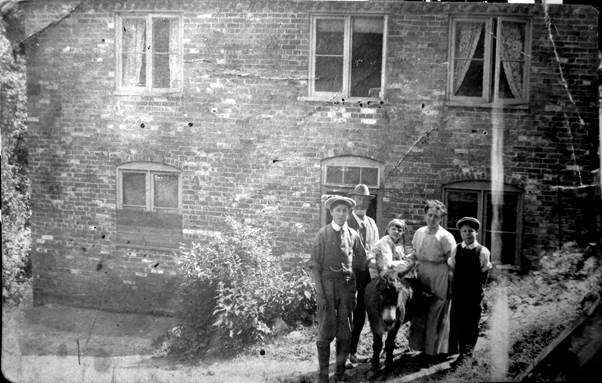 Samuel Moore and family – of Easterton

We are not certain of the location. It doesn’t look like Woodbine Cottage which was the Moore family home, but it does seem to be an entire Moore family in about 1911. Let’s name them all. 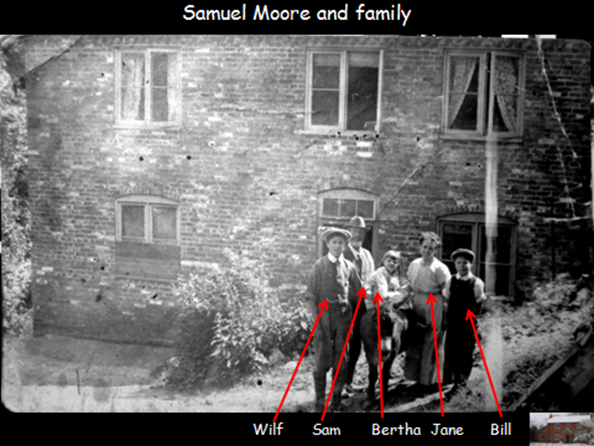 Sam was, of course, the founder of the jam factory although he learned his trade from Cedric Gauntlett who in turn had learned it from Sam Saunders.

Jane was his second wife and in 1911 they had only been married a couple of years. We guess his first wife – the mother of his children – died as a result of complications after giving birth to Bertha. 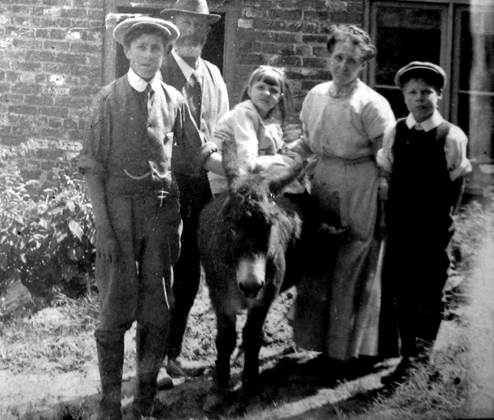 Wilf, Sam, Bertha, Jane and Bill Moore. The donkey’s name is not known.

What a charming photo and many thanks to Karen, a granddaughter of Bill who gave us a copy of it.