A much dug landscape

The strip of land alongside the road up Lavington Hill has been much dug in the past. Perhaps a clue as to the reason came in the name of a vanished farm just at the top of the hill. It was called Lime Kiln Farm which might suggest that chalk was removed for conversion into agricultural lime.

An old and slightly light spoiled photo certainly shows a humpy-bumpy area on both sides of the hill road. 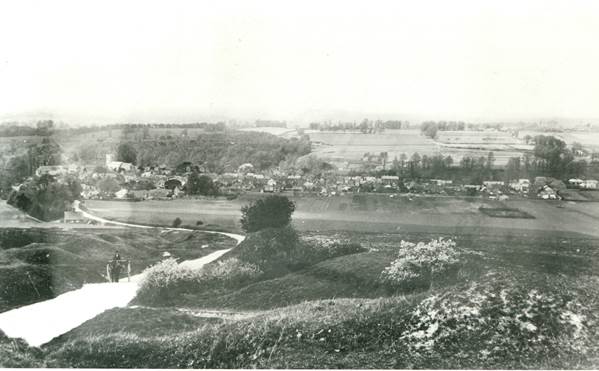 We can, of course, see why roads which led up onto Salisbury Plain were called White Street. It is nothing more nor less than a statement of fact. This is the one in Market Lavington, but Easterton and West Lavington have theirs as well. We can see the village down below spread out along the vale with the sandstone ridge rising up beyond.

The photo tends to flatten the scene. From Broadwell to the top of the hill is about a kilometre and in that distance there is a climb of about 100 metres so the average slope is about 1 in 10 or 10%. It’s enough that it would have been hard work for the pony hauling a little cart of some kind up the hill. 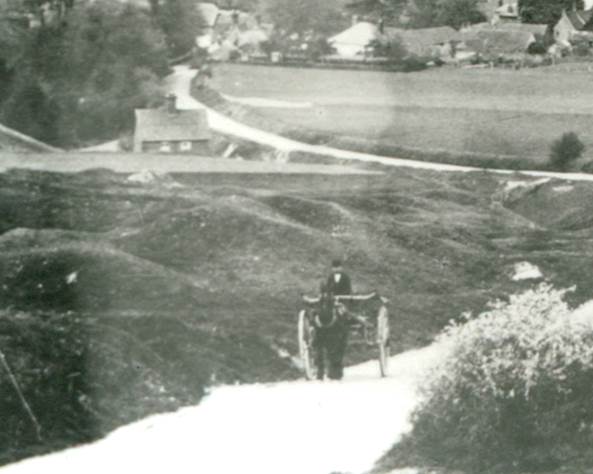 This close up really indicates just how much digging had taken place in that area. This is the section that is now set aside – not used for crop growing but left for nature.