Market Lavington’s very own professional photographer, Mr Burgess, was quick to realise the potential of postcards. He worked in Market Lavington from the 1880s and was well placed to benefit from the Edwardian boom in sending cards.  Many of his cards were single views, but he also produced multiview cards, all based around his photographs. This one is held by Market Lavington Museum. 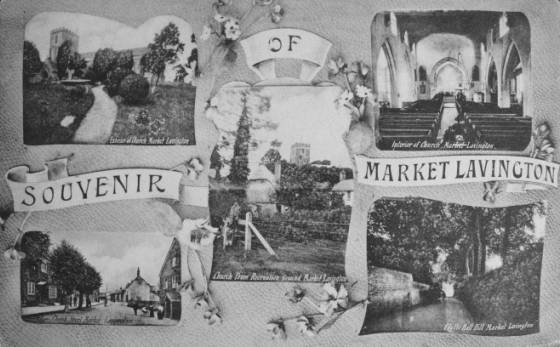 The card – a Souvenir of Market Lavington features five photos of the village with added artwork. It was posted in 1909. 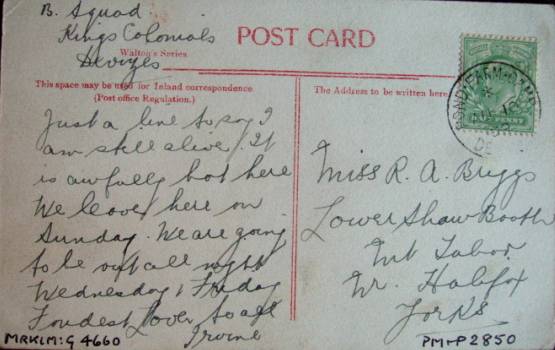 The message on the multiview card

Irvine, who sent the card, was a member of the King’s Colonial Regiment who were ‘enjoying’ a summer camp at Pond Farm. The card was sent to Miss Briggs in Halifax. This may have been Irvine’s sister since Irvine Briggs – two of them, hailed from Halifax.

The postmark is of interest on this card as it is of Pond Farm Camp. 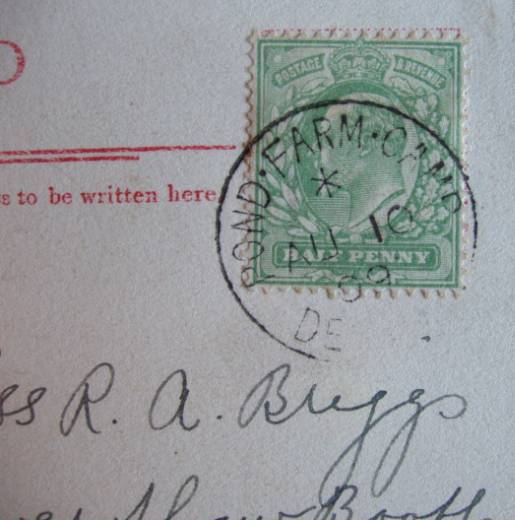 Pond Farm was in the parish of Easterton and within a few years of this card being sent, the farm was closed and the area became a full time part of the army training area.