Or a mystery solved

Once again we draw attention to one of our favourite websites. This is ‘Under the Floorboards’ and can be found at http://www.wallwork.me.uk/floorboards.html. We use it to introduce an item found under a Market Lavington set of floorboards.

The floorboards concerned are at 21 Church Street. This is an interesting building having been the HQ of Price’s horse coach in the mid nineteenth century and the HQ of builders and merchants called Hopkins in the 20th century, before becoming just another private house. It is being renovated at the moment and a number of items have been found under floorboards. This is one of them. 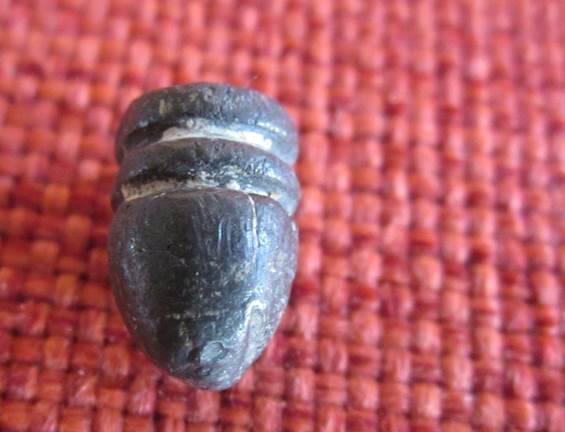 Small metallic object – but is it a spinning top?

Of course, it can be hard to judge size with just a photo, but this object is small and is seen here resting on our curator’s little finger. 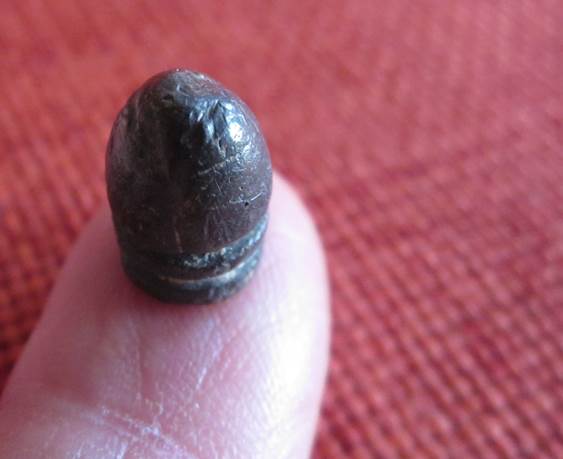 It would seem to be made of lead.

This was given to the museum at a regular get together known as ‘The Casual Cuppa’ which takes place at the village’s community run coffee shop known as Saint Arbucks.

A group including our curator, archivist, a couple of stewards, one of our older long-time residents plus others discussed this item.

Some became convinced it was a miniature spinning top and even proved it by spinning it and you can click here to see a very brief film of the item spinning.

Later, a search of the web for spinning tops revealed nothing like it so we threw the ‘what is it?’ problem to our wider museum community and rapidly had the suggestion that it could be an air gun pellet.

But other experts, made aware of its calibre, felt this was actually a fire arm bullet. We even got some suggested dates which point to it being around the end of the 19th century. But this is not confirmed

That would appear to be the truth – unless you know different. But we’d still like to get a verified date on it, of course.