The name ‘Neate’ has featured many times in this blog. James Neate came to Market Lavington as a wine and spirit merchant and brewer back in the mid nineteenth century, spurred on because a proposed railway would pass right through the village. That railway never materialised, but James stayed and weathered financial difficulties to become an established member of the Market Lavington community. In fact, he died in the village in 1920, aged 90, and is buried in Market Lavington churchyard. James would have needed to mark many wooden objects with his name. He used a name stamp for this. A name stamp looked like a small cold chisel.

Instead of a cutting edge, the business end of this device has the name carved so that the letters stand out. 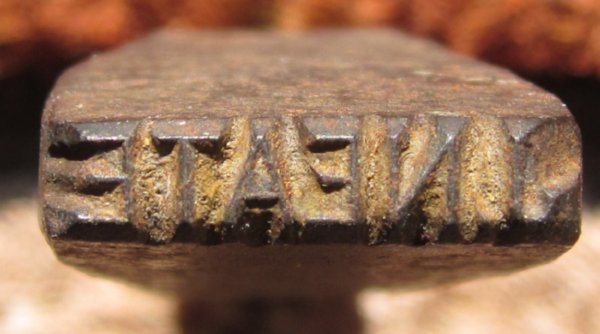 They are in reverse, of course, so that when placed against the wooden item to be named, and hit with a hammer, the name gets marked in the wood. A quick digital fix can turn the image round so we can read the name. 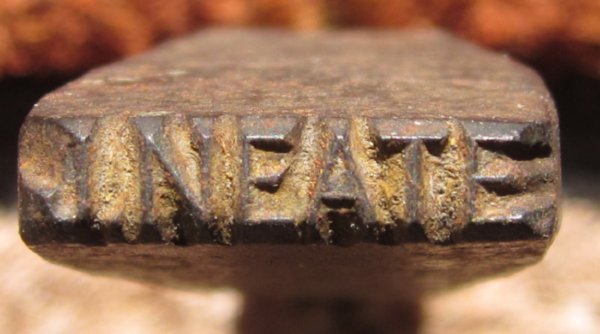 We can also see a name (in this case that of Charlie Burnett, the wheelwright and carpenter) as stamped into one of his planes.

We think James Neate’s name stamp dates from around the time he came to Market Lavington, in the 1850s.