At first sight this is rather an unprepossessing item.

Is this a chisel?

It looks like some kind of chisel. Clearly the near end has been repeatedly hit with a hammer and has spread out as a result. When we look from the other end it is clear that it is not a chisel, or at least that if it was it has been much misused. 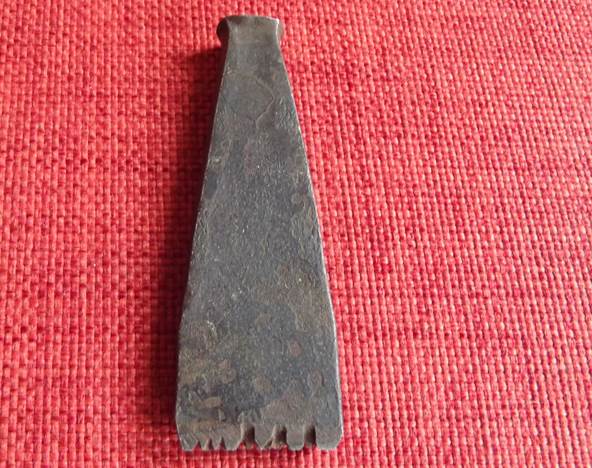 Has it been misused?

It almost looks like some kind of teeth at the business end. It is only when we prop it up and zoom in that we begin to make sense of it.

The end is composed of backwards letters. It is designed to mark and name items – usually tools – by stamping the name into the handle. We can digitally reverse the letters to make it more readable. 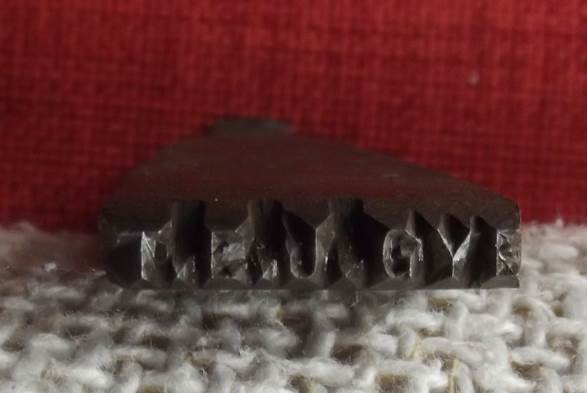 It belonged to T E J Gye. That’s Tom Gye to us

This says T E J GYE. It was Tom Gye’s stamp that he named his tools with.

This plane was marked with other names but clearly Tom took ownership of it.

And here we see a very old plane – just a bit of it – which had passed through other owners before Tom marked it with his stamp.

We imagine Tom had this stamp right through his long working life. It is still capable of making its mark. 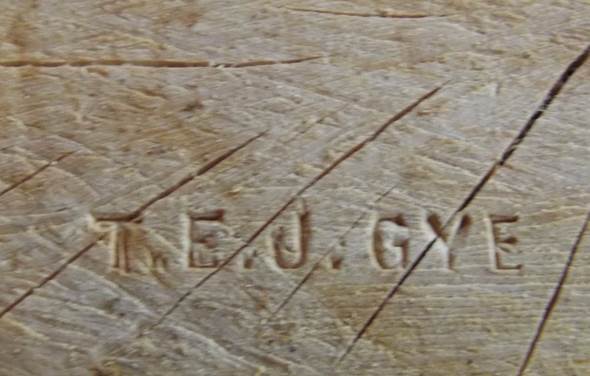 It still does the job well – just one clout with a hammer!

This is just a log for the fire – used to show what the old stamp can still produce.