A penny from the rec

Today we look at a penny which is getting on for 200 years old. It was found by metal detectorist Norman on the old recreation ground in Market Lavington.

As we can see this is an 1823 penny and in remarkably good order. 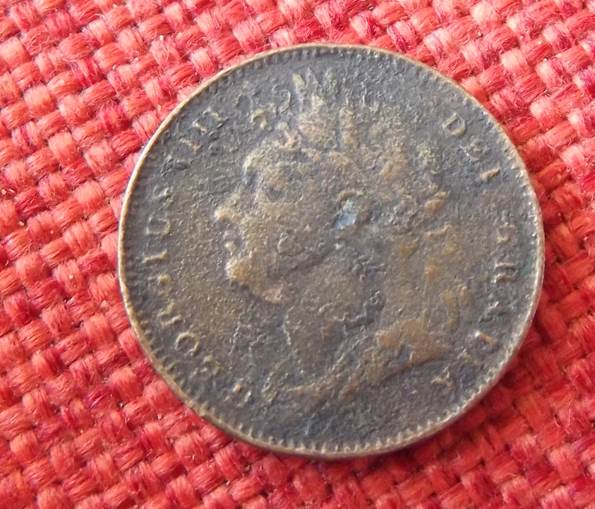 King George III was on the throne at the time

The king at that time was George III. He had a long reign of almost 60 years but by the time this coin was minted he was old and suffering from the mental illness that made people deem him insane. His son had been the effective monarch for years as the prince Regent.

Now the finding of an 1823 coin doesn’t mean the coin was lost in 1823. Our curator recalls that in his 1950s childhood pennies were still in circulation with Queen Victoria’s old head on them. They dated from the 1890s so they were more than 50 years old. But he also recalls that these old pennies were very worn, with writing and images almost worn away. With the condition of this coin, it suggests it wasn’t all that old when it was lost. As this is one amongst quite a goodly collection of coins from before Victoria’s reign it does suggest that the old rec was in use for more than just agriculture at least back into the mid-19th century.

For those who like these things, somebody who earned that penny back in 1823 would today earn more than £5 for the same work. It wasn’t lost lightly.